Rowan agriculture for 2017 had its ups and downs 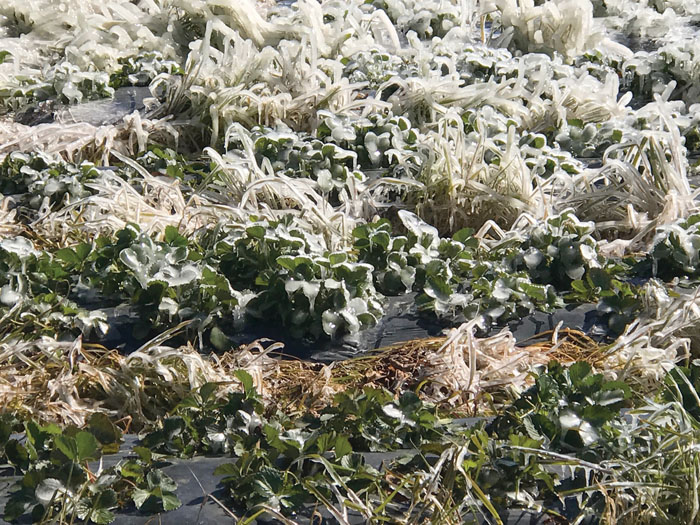 As New Year’s rapidly approaches and I try to find time to breathe, I think about all the things that have happened in 2017.

We started the year unseasonably warm with February average temps of 56 when the normal average is 43 degrees. This pushed all of our spring crops to bloom about three weeks ahead of schedule. Then March 14, 15 and 16 we had nighttime temperatures in the low 20s. This had many strawberry and peach growers in a panic.

Patterson Farms, along with many other strawberry farms, used water for overhead frost protection, creating layers of ice on the blooming strawberry plants to protect them from the freezing temperatures. Many homeowners saw their azaleas and hydrangeas freeze. Kevin Huffman felt certain he had lost most of his crop. The freeze had detrimental effects on our early planted wheat crop, as well.

But all was not lost — temperatures began to rise again and a month later in April, we had four days with highs in the low 80s. Agriculture is one of the riskiest ventures in the world, with so much resting on Mother Nature’s whims.

The strawberry crop came through without too many losses and the peach crop even made some recoveries by putting on secondary blooms. We harvested our first rhubarb crop at the Piedmont Research Station and learned how to love rhubarb pie.

As planting season got into full swing in May, the race to see who could plant corn the earliest was on. Speaking of races, I ran my fastest 5K ever at the China Grove Main Street Challenge. While I didn’t place in my age group, I was still pretty proud of myself.

At the end of July, we celebrated Rowan County Agriculture at the Country Life Museum with hamburgers, hotdogs, homegrown tomatoes and fresh sweet corn. All of that while watching the movie “Farmland.”

As the summer came to an end and school started, we got ready for the Rowan County Agricultural Fair. This year, we welcomed a new broiler show for youth to show chickens. We had many of our County winners go on to show at the Dixie Classic and State Fairs.

The corn yields were great, making up for the small wheat harvests. We also saw a glimpse of a potential new crop for Rowan County, with the Piedmont Research Station growing industrial hemp. We are learning how to grow, harvest and process this crop in North Carolina while North Carolina State University and North Carolina Department of Agriculture compile the data to see if this is a viable crop for our area.

September was unusually dry which made for a fantastic grape harvest for both muscadine and vinifera grapes. I expect to see some vintage wines come from this year’s harvest. A dry fall has moved us into an abnormally dry winter, according to the N.C. Drought Monitor. The soybean and cotton harvests are done and came in with average yields. The small grains have been planted, as well as next year’s strawberry crop.

The National Weather Service says we are entering a La Nina weather pattern which means less precipitation and warmer than average temperatures. We close out 2017 after many highs and lows and pray for a bountiful harvest in 2018.