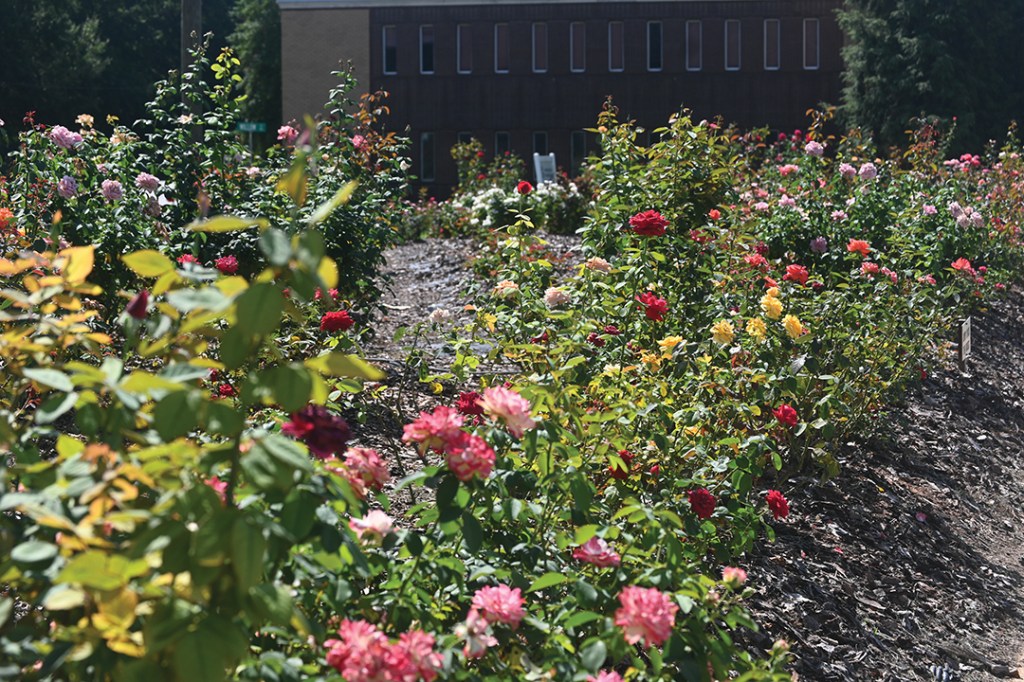 SALISBURY — The Salisbury Community Appearance Commission has named the Innes Street rose triangle as the September Landscape of the Month and Urban Treasure.

Triangle Rose Garden at 1315 W. Innes St. is cared for by the Rowan Rose Society.

Members of the organization water, fertilize and prune the roses throughout the year.

Julia Apone, who is on the commission, nominated the garden after her experience cleaning up litter there.

“When we were to name an Urban Treasure, I was like ‘this is one’,” Apone said.

The history of Triangle Rose Garden dates back to 1976 when the late John Lowery, a member of the Rowan Rose Society, saw an opportunity to sponsor and design a rose garden on a triangular plot of land owned by the county. He would go on to manage the garden for 15 years.

These days, Ben Agner has taken on responsibility of the garden upkeep, along with other members of the Rowan Rose Society.

According to the group’s president, Sara Hill, the society collectively goes to Triangle Rose Garden at least once a month to deadhead the florals to promote new growth, keeping the plot of land alive and visually appealing.

“We’re honored because we worked so hard,” she said. “As members of the Rowan Rose Society, this is our inner sanctum.”

Jack Page, who is also a member of the society, attested to the rewarding feeling of receiving a title from Salisbury CAC.

“It’s encouraging,” he said. “A lot of dedication is put into the garden through a small group of people.”

The Rowan Rose Society holds meetings that are open to the public at John Calvin Presbyterian Church every third Tuesday of the month at 7 p.m.