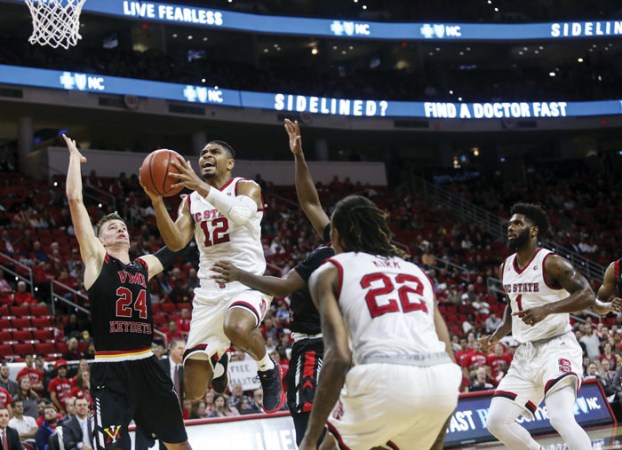 Lennard Freeman added a career-high 20 points and Allerik Freeman had 15 for the Wolfpack (3-0), who rallied from a 12-point deficit early in the first half.

Adam Grant scored 18 of his 24 points in the first half to lead Bryant (0-2). Ryan Layman added 14 points, Sabastian Townes had 13, and Bosko Kostur had 11 for the Bulldogs.

Bryant began the game 9 for 9 from the field, including three 3-pointers, on its way to a 21-10 lead, but the Wolfpack answered with a 13-0 spurt and never trailed again.

Bryant: The Bulldogs weren’t good enough to hang with N.C. State for 40 minutes, but they showed how formidable they can be at their best. Their onslaught from the opening tip sapped the energy from the building before they wilted against the Wolfpack’s full-court press.

N.C. State: Say this for the Wolfpack: They never panicked. Even after giving up a couple of layups in the opening minutes, N.C. State stayed with its pressure defense and erased Bryant’s lead more quickly than the Bulldogs built it. The Wolfpack have yet to be tested, opening their season with three consecutive 20-point wins for the first time since 2004.

Bryant plays its home opener against Navy on Saturday before hitting the road for seven of its next eight games.

N.C. State wraps up its season-opening four-game homestand on Thursday against Presbyterian.