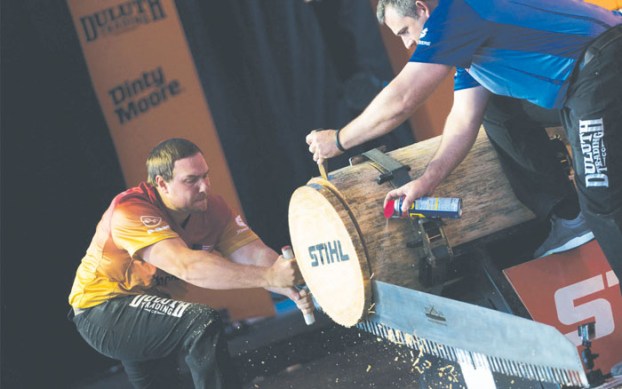 Matt Slingerland, of Rockwell, is a member of Team USA, which won the bronze medal in 2016. But this year, the team pulled a tough draw against New Zealand, the eventual champion.

Poland finished second, Australia was third, followed by Canada and the United States.

TEAM USA had an amazing relay time, coming in at 51.85 seconds (the average time was just under 90 seconds).

Slingerland also had a great performance on the single buck. He had a time of 12.61 seconds, beating his U.S. Championship time by a full second.

Matt Cogar, five-time U.S. champion, competed on Saturday for the individual championship. He set the day record for the underhand chop competition, and hit an amazing time of 5.95 in the hot saw. However, while Cogar dominated those two disciplines, he ended the day in fourth place.

Team USA was the youngest group to land in the top five in Norway, so the future is bright for the squad.