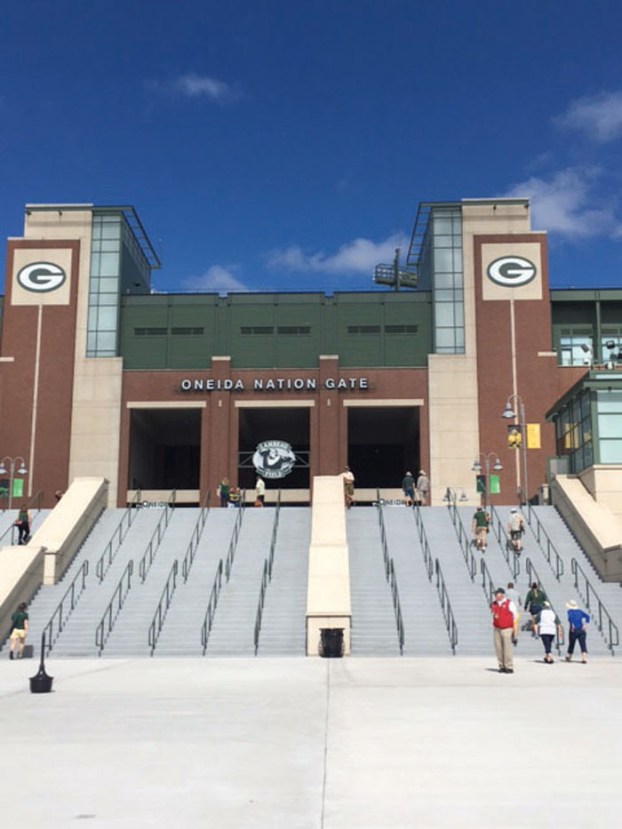 David Freeze: Looking back and a little bit forward too: The summer ride of 2017

On Sunday, I drove a total distance of 995 miles from Green Bay, Wisconsin, to home while hauling the bike and my bags.

There was plenty of time for recollection, just as there is on the bike seat each day. I thought back to my reasons for picking the route that I did and what I hoped to accomplish.

Honestly, the main thing on my list was to get six (later adding Nebraska to make seven) more states on my cycling list, but I wondered if this route would be very interesting.

When choosing the route for 2016, I took Route 66 over this one even though it would be very hot just simply because Route 66 is much better known.

Because of the early cyclometer malfunction on the bike, the computer couldn’t total the whole distance. That meant that I didn’t know my exact mileage total until I got home to add up the daily totals.

From the beginning, I thought it would be an unusual adventure because of the bottle dropped on my head just before the flight to Washington and the series of flights that arrived 40 minutes early.

I believe from start to finish, it was the most challenging physically of all the rides because of almost constant terrain change and significant battles with the winds.

I caused a lot of this myself by turning to the dead south often, something that I have only done on the Atlantic ride before.

Winds in the northwestern states are significant nearly every day, and only Wisconsin was somewhat similar to Rowan County. Lack of trees to break the wind had something to do with this, I am sure.

Here are some more of my favorite memories.

The Twin Bings candy bars were wonderful, and I was disappointed not to find some to bring home from Wisconsin.

The Quik Trip convenience stores should be a model for others. In one town near the end of the ride, three other stores sat nearly idle while the parking lot was jammed at Quik Trip. Where else can you pay 38 cents per pound for bananas, huge omelet biscuits for $2.69,  fishing worms and a low price carwash? At least I can get the F’real milkshakes at Speedway around here. I hope they add pineapple soon.

I didn’t go back to Canada, but I did make first cycling trips through Washington, North Dakota, South Dakota, Iowa, Nebraska, Minnesota and Wisconsin. All of these states were absolutely beautiful in their way, including the fresh and fragrant smell of the lakes in Minnesota.

The nearly 5,000-foot climb over Mount Washington to find snow and 37 degrees in mid-June was amazing.

The endless buttes, up and down, were a source of quad-building strength that made any climbing later in the ride much easier.

Just a few things that I didn’t like, including the headwinds, were the horseflies, gnats and mosquitoes. None of the bike traveling that I had done before made constants of these. I never got away from them long, no matter what the state, and they were worse when in shade and climbing.

This summer, the speed with which I pedaled didn’t seem to help much. They could outrun me.

My three flat tires came at spread-out times, the first I think on the second day, the next near the Minnesota headwaters of the Mississippi and then the unusual last one just four miles from the finish in Green Bay. Still, they averaged only about one per 1,000 miles.

I had no real problematic bike problems except for the low gear shifting during the heavy climbing of the early ride.

Drivers were excellent throughout.

Weather was pretty good, but when I got caught in a storm, it was the worst ever. I wondered if it was possible not to survive the long afternoon ride from Circle to Glendive, Montana. The winds were doing all they could to blow me into traffic and lightning was everywhere for hours.

Very cool mornings in the 30s and low 40s continued until just a couple of days from the end.

My favorite towns were Interior, South Dakota, squarely in the middle of the Badlands and the home of my first cycling adventure rodeo, and Glidden, Wisconsin, home of all the hype about the largest black bear kill.

But of course, it was not the rodeo or the bear hunting, it was the wonderful people that I met in those towns.

Remember Ali Cooper, the older lady who was using her yard sale cruiser bike to see as many states as she could before the winter comes?

Or Bill Goodgion, who loaned me a car to make it possible to see Mount Rushmore, the Crazy Horse Memorial, Deadwood and more in the same day?

Or Beth Morkert, the shining light who ran her little Montana country store with the amazing bakery nowhere near a real town?

So many interesting people stories, just as there always are.

Now that I am back home, I looked through the various stories, particularly those from the early days of the ride.

I hope you won’t forget how I was provided the fork and then a spoon to use to change a flat tube if need be. Those utensils will remain with me going forward.

I loved all the references to Bigfoot and several towns that particularly claimed them.

Yes, I am thinking of where to go next. The remaining states of Alaska, Hawaii, Utah, Nevada and Vermont are on the radar as is a much more thorough ride involving the Great Lakes.

Thanks to the Salisbury Post for providing me the vehicle to share these adventures. Without the Post, we couldn’t ride together and I, for one, love doing it.

And as always, I thank the Lord for riding with me again.

Editor’s note: This article is the second in a series examining the creation, operations, effects of, future of and other matters... read more