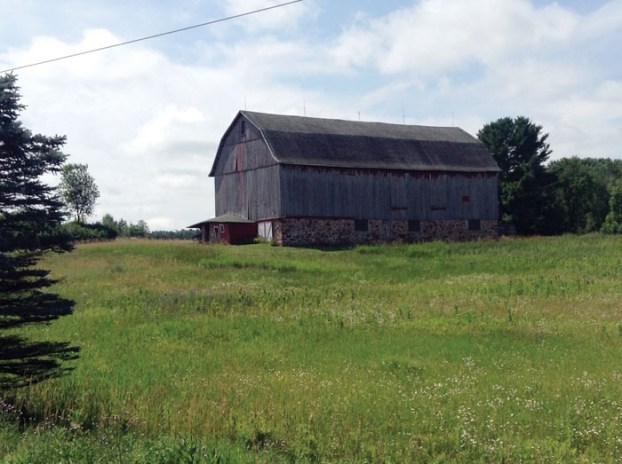 These great old barns were very commonplace along the roads from today. Cows were kept in them all winter so that they could be easily milked on the dairies. David Freeze/For the Salisbury Post

David Freeze: It was about the people on a seat-of-the-pants kind of day One of the most asked questions goes something like: “Do you plan the whole trip in advance?”

Well no, I don’t, and Thursday is a perfect example of why.

Wednesday night, after taking care of my daily updates, I tried to plan for a motel in an area called Shawano. There were limited choices; the chains were too high and one required a $100 cash deposit. Another wouldn’t allow bikes in the room.

So I kept working and found what seemed to be a good choice in a small town called Tigerton, Wisconsin, about 66 miles from Green Bay but not quite as close to Green Bay as I hoped for. There is a magical component to this.

Thursday afternoon, I met Steve Mayer at the wayside on the road to Medford and he advised me to do a few things for the ride east. One was to take two specified country roads to start, and the other was to go ahead and use Wisconsin 29 for the trip to Green Bay. I went to bed confident of his advice.

I got up Thursday morning in Medford, wanting to wait for the breakfast at the Medford Inn but it was not ready and daylight was burning.

A quick stop at you know where, the Quik Trip, got me more amazing deals. An example was a veggie omelet biscuit for $2.69. A few other things and all was set. Bananas were 33 cents a pound, less than half at the grocery store across the street.

So heading south on Wisconsin 13, Steve told me to use county roads A and C and connect to 29 that way.

It was my first venture into the dairy country, and many farmers were just finishing milking. This was a beautiful start to the day.

I kept rolling and connected with 29, looking something like our own 29 at home, just not as busy at this point.

A car pulled over and Steve Mayer from the day before got out. At that point, everything looked good. He was on the way to Green Bay himself to help with a wedding. Surely it is not for me!

I rode for almost 20 miles on 29 until I saw the sign that I dreaded, something similar to “No pedestrians and non-motorized vehicles allowed.”

The highway was about to go into Wausau and it was at a very high speed with a lot of congested exits and entrances. I have been stopped several times before and it is always a hassle, sometimes tying up a lot of time.

So I looked at my map and saw a direct route to Tigerton that looked even shorter.

To think through this new route, I stopped at the McDonald’s in Marathon City. While there, Otto Sommer dropped his ice cup while with his grandmother. Some ice and water were in the floor and Otto, probably about 4 years of age, got down and cleaned it up so well that I just had to get his picture. Otto and his grandmother Beth are from Edgar, the next town over. I stopped at McDonald’s in Marathon City this morning to replant my route. I met Beth Sommer and her grandson Otto. David Freeze/For the Salisbury Post

Still thinking to try my new route and not hassle with a possible ticket, I saw a police car and stopped to talk with Officer Chris Koeppl about how to proceed.

Koeppl was very personable and helpful and assured me that I needed to avoid 29, at least for the section around Wausau. It was just another wonderful encounter that made the journey better.

So now the trip was on. Officer Koeppl told me I had to ride this big hill in town to start things off on County Road B, and it was a gut buster, then another afterward.

I even rode past Granite Peak Ski Area, but things calmed down soon.

My next town was Mosinee, big enough for an interstate and an airport. But then things changed because now that I was on Wisconsin 153, it seemed like no one else was, reminding me of Montana traffic.

With gently rolling terrain, I started making up some time. Then came the sign: Road closed ahead. I hate those things but usually do OK getting through the area.

The very small town of Bevent had a man-made flood that had closed 153 and required the detour. Five locals all helped me get around the trouble with an estimated four-mile ride, part of it on loose gravel. The heavy bike doesn’t like gravel.

The next town was Elderon, with fewer than 200 people but common for communities in this area.

A turn on Wisconsin 45 brought me safely to Tigerton after 94 miles.

Remember that Wednesday night, the right choice seemed to be a motel in Tigerton for price and other things but not for location? If I had chosen one of those motels in Shawano, there would still be lots more riding to do.

My motel was the Rock a Bye Inn, just what I needed. Also, the owner sent me to Cedar Street Market for healthy groceries, and Kerrie took care of me while it was fun meeting the others in the store.

My hosts from Green Bay have already picked out the place to dip the front tire and formally end the ride.

There will be plenty more on that Saturday and probably some photos from Lambeau Field.

Not a thing worked out like I planned Thursday, but I met new people because of it. See you back here again!