About Jr.’s emails: Media hysteria is out of control 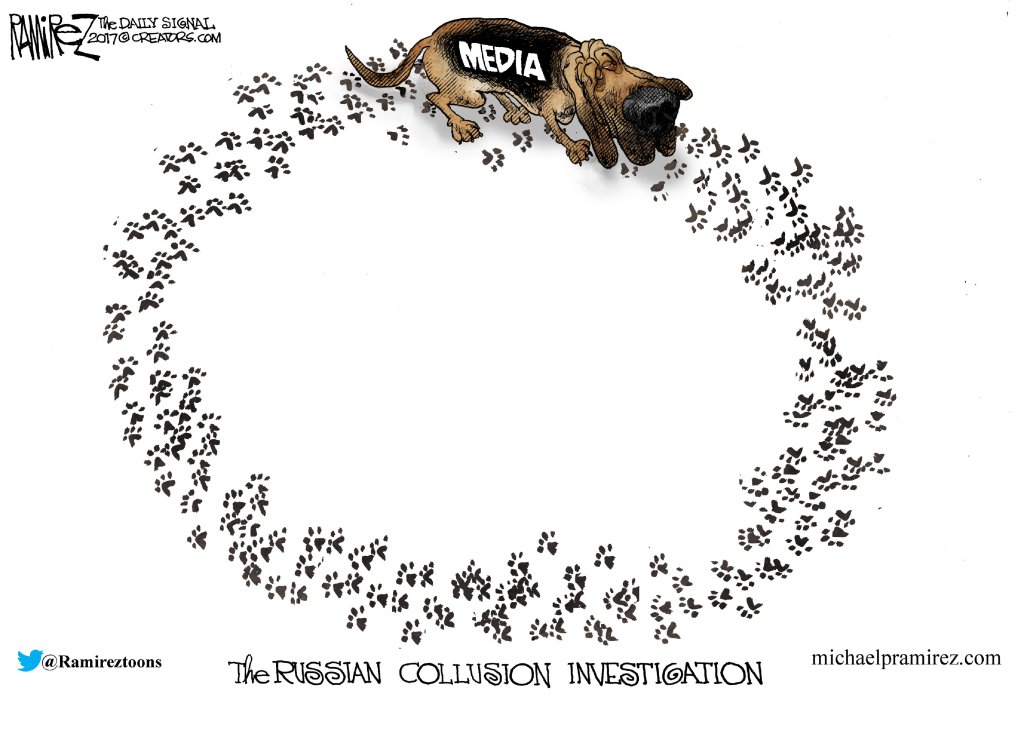 Hysteria among the media and Trump opponents over the prospect of “collusion” between the Trump campaign and the Kremlin may have hit its crescendo this week. That’s right: The wailing from the media and their allies about Donald Trump Jr.’s meeting with some “Kremlin-connected Russian lawyer” (whatever that means) may be the last gasp of this faux scandal. Good riddance.

Predictably, the New York Times started the ball rolling with front-page coverage, going so far as to argue, “The accounts of the meeting represent the first public indication that at least some in the campaign were willing to accept Russian help.” As if this were some breakthrough moment. The Times followed up with a headline yesterday that the meeting request and subject matter discussed in the prior story were transmitted to Trump Jr. via an email.

Holy cow. The Times is so desperate to move the story that the meeting’s arrangement over email is being made into Page 1 news. You would have thought it had come through a dead drop under a bridge somewhere.

And, of course, CNN has been apoplectic in its breathless coverage, running one story after another about this “development” on the air and online. But Politico takes the prize for the most over-the-top, made-up news, claiming that Donald Trump Jr.’s meeting could amount to a crime.

There are always people hovering around campaigns trying to peddle information and traffic in supposed silver bullets. There should be nothing to report on when a private citizen who works at a campaign takes a meeting with a friend of a friend offering information about an opponent. And yet, the media wants to make it a smoking gun.

If taking meetings with such people is a crime, then I hope there is a statute of limitations — because I would have been a repeat offender.

Don’t get me wrong. Trump Jr. should not have taken the meeting. These offers of information on the down-low are greeted with eye-rolling, and red flags are almost always clearly visible. No senior campaign official, much less a family member of the candidate, should take such a meeting.

Having the meeting was a rookie, amateur mistake. Between human curiosity and a campaign professional’s duty to get the dirt when you can, Trump Jr. likely felt that the person had to be heard.

After seeing Tuesday’s email exchange dump from Trump Jr., I double down on the idea that this meeting was a rookie, amateur mistake. Even a lackey should not have taken this meeting. It was bad judgment, but not collaboration with the Russians.

Just imagine: Trump Jr. is sitting there when he gets an email – from a music promoter – screaming with red flags and some comical language (does Russia even have a “Crown prosecutor”?) and he takes the bait. Wince! Anybody should have known better.

Anyway, Trump Jr. took the one-off meeting, and nothing happened. Is that not proof of non-collusion in and of itself? If you choose to believe otherwise, your disdain for President Donald Trump is getting the best of you and you need help.

Regarding the delusion that a crime actually occurred in any of this, my favorite allegation is that by having this meeting and listening to what was said, Donald Trump Jr. somehow could have violated the law. According to Politico, Trump Jr.’s “statements put him potentially in legal cross hairs for violating federal criminal statutes prohibiting solicitation or acceptance of anything of value from a foreign national, as well as a conspiracy to defraud the United States.”

I’m just barely a lawyer, but I know over-lawyering when I see it. I mean, by that standard, what if someone walked into a campaign and suggested an idea that led to that candidate’s victory? Would it have been a crime to accept “a thing of value” in the form of an idea? Of course not.

This whole thing is getting weird.

For many in the media and elsewhere, the collective grievances that they have against Trump personally, the White House as a whole and Trump’s policies somehow justify their zealous promotion of the “collusion scandal.” But not because the story is valid. Rather, the media know that they are not getting to Trump with anything else.

Today, much of the “news coverage” of Trump and Co. is about payback. The media thinks they aren’t getting the truth and so they don’t have to deliver it either. It is a bad cycle that is not working for the White House or the media. With this much intensity, it is hard to see how this ends well.

Rogers is a political consultant and veteran of the Ronald Reagan and George H.W. Bush White Houses.