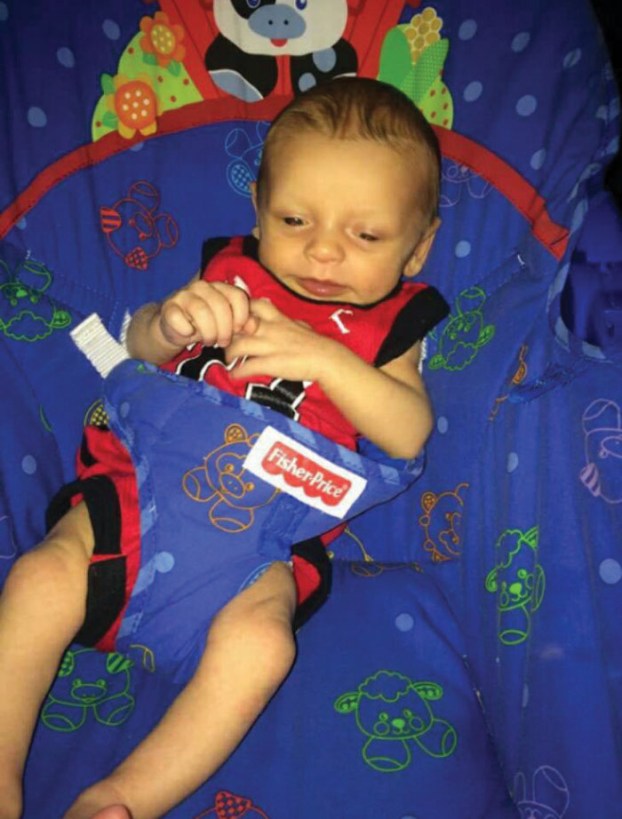 ROCKWELL — The Rowan County Sheriff’s Office has been investigating the death of an 8-week-old Rockwell baby who was found unresponsive in July 2016 by his mother.

The infant was found about 8:15 a.m. July 30, 2016, by his mother, Amber Lane Scarborough. She called 911, and Rowan County EMS personnel performed CPR on the baby at the residence. They were unable to revive the infant.

County officials said the baby lived at the home, 120 Van St., with his mother and her boyfriend, Hoston Ray McCarn.

No charges have been filed, but investigators say they are continuing their probe. Authorities confirmed that they are consulting with District Attorney Brandy Cook in the matter. Cook said only that it is an active investigation.

The autopsy reveals a number of bruises on the infant’s head and forehead and bleeding on the brain. It shows that other than injuries to the head, the baby was normally developed and well-nourished. His neck and chest showed no injuries.

The infant’s skull was not fractured, and a scan revealed no obvious fractures on the body. There were abrasions on the baby’s back, the autopsy report said.

The autopsy narrative says Kingston was found unresponsive about five hours after being fed and put to sleep in his bassinet. The bassinet contained two to three blankets and a towel.

A preliminary summary, which was posted online to a social media page, says the baby was found swaddled with his arms in a blanket and an adult fluffy towel was crumpled up in the bottom of the bassinet. The summary said the infant had a deep bruise on his head, a bruise on his right eyebrow and old bruises on his right shoulder.

Investigators found drugs and drug paraphernalia in the house. The mother and boyfriend admitted to smoking marijuana during the night, according to the summary.

Family and friends have recently created Facebook pages seeking justice for Kingston. A petition on change.org asks for the district attorney to look into the matter. The number of people signing the online petition is climbing as family and friends seek answers.

One friend, Danielle Pendleton, isn’t sure what the truth is, but she says she believes if the baby was injured by accident, Scarborough should be forthcoming about what happened. The two women are close in age and were childhood friends.

The two used to go to parties together, but Pendleton said they don’t hang out much anymore and share only occasional brief conversations on social media.

“I still love Amber and consider her a friend,” she said.

Pendleton said she was told Kingston may have died as a result of sudden infant death syndrome, but she was shocked after learning the child had head injuries.

“I couldn’t believe it,” she said.

Kingston died about the time Pendleton and her boyfriend, Gage Williams, welcomed their newborn son.

Pendleton said she doesn’t want to believe that Scarborough or McCarn may have the answers to what happened to Kingston but choose to remain quiet.

Scarborough’s cousin, Courtney Aistrop, said she tried to help the young mother as much as she could. Aistrop said her cousin told her that the baby stopped breathing in his sleep. But family members soon learned from detectives and the autopsy report that there were signs of injuries.

“I was devastated when she told me he had passed away in the middle of the night. We all were,” Aistrop said.

Aistrop said she often babysat Kingston, but the longest she had gone without watching him was the week leading up to his death. Aistrop was in college at the time.

A Post reporter reached out to the father of the child, with no immediate response. A woman who answered the door at Scarborough’s residence said she was not there.

SALISBURY – Tuesday’s City Council meeting had a full agenda, with the meeting stretching on for nearly four hours.... read more