David Freeze: A cowboy’s Fourth of July, a sizzling day on the road 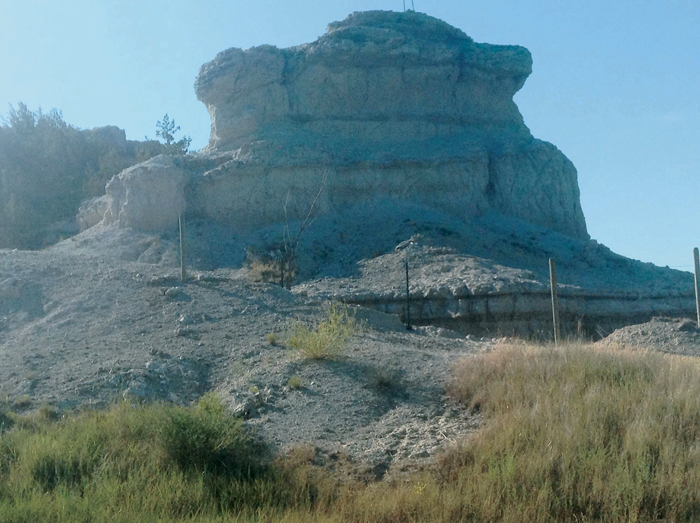 Tuesday night when I submitted the daily story, I was excited to be in the right small town to see a Fourth of July rodeo and then fireworks afterward.

Here is a little more on Tuesday.

The ride was very good, with only three or four hills all day. I hadn’t paid any special attention to the predicted high temperature but my body was hot when I rode into Interior, S.D.

The little store got my business for ice cream and a Diet Coke before I could even talk much.

One of the things that happens when heat takes over is that my voice gets weak and my balance suffers. The store clerk said the air temperature was 102 but my Google babe said it was only 98.

She also said that I would see 103 Wednesday.

I got a camp cabin since it was so hot and had a good night’s rest due to the air conditioning cooling things off dramatically.

The rodeo was first-rate, populated by a lot of folks that use some of the rodeo skills in their real work. Plus, at least five states were represented.

The announcer said that the Fourth of July is called “Cowboy Christmas” because there is so much money to win over that five-state area. He said that $77 million could be won if all the purses were totaled up.

The fireworks were as good as I have seen and went on for about half an hour. I saw a sign that says that Interior has 67 people, and they certainly put on fantastic events including the parade that was held Tuesday morning.

I was about to make a huge mistake Wednesday morning. Since I walked through the town and not around by way of the two major roads, I didn’t see until Tuesday night that State Road 44 turns off and goes south for a ways before turning back east. Because of the car lights, I saw the sign; otherwise I would have ridden the wrong way.

But back on State Road 44, I found myself on a rough road with no shoulders and the hills had returned big time. I thought they would have lessened after such a good day Tuesday.

Wednesday had terrible roads, building heat and an average of one butte per mile, but some were much longer, sometimes climbing for more than two miles. There was no good place in the road to ride smoothly, and thankfully the traffic was once again very light.

I saw a spectacular sunrise against the Badlands backdrop.

The first town was a Sioux Indian town called Wanblee. The Wanblee Mart had everything because I think it was the only store in town. I bought a baker’s dozen of great peanut butter cookies and plenty of water for the rest of the day.

There would be no more towns for 45 miles until I reached White River, where I would spend the night in a nice motel for the first time in several days. That bed already looks good.

That predicted 103 hit the nail on the head, and White River made me climb the last two buttes to get into the town, something I always hate.

Lots of people have become worried about my water situation while riding. When I stopped at the Wanblee Mart, people talked me into three 1-liters to go with one that I already had. The wind was insignificant again, not really a force in front or behind.

The highlight of the day was Edna Kari of Kadoka, S.D., pulling her car over to see if I was OK and if I shouldn’t be doing it at another time. We had a nice talk, and she gave me a Lifewater and some popcorn.

To tell the truth, that volume of Lifewater is about what I finished with today, but only in regular water. Those cookies, popcorn and all the liquid was just enough as the oven came on this afternoon. It still reminds me of the Mojave Desert last year.

Here is the tricky part: I don’t yet know which way I will go today. I talked to a deputy sheriff for a while and he gave suggestions. I will either go to Nebraska today or Friday, but the proof was going to be in the planning later Wednesday night.

Did I mention the unusual first-time event of a 64-ounce (the size of two normal large ones) pineapple milkshake within minutes of arriving in town and completing 76 miles?

That thing was huge but still no challenge for the master, and I soon felt revived. I went downtown to the grocery store and the convenience store and loaded up for the start of the ride this morning.

I’m back in the Central Time Zone and only one hour behind you guys now. It will be interesting to see what time dawn comes because I need to ride early.

Each day, I think of something that I forgot to mention. There was plenty of Badlands today. Once after 10 miles of riding, I was still high enough to look back and see Interior.

It was a tough day for sure, and it’s supposed to be hotter today.