David Freeze: A good day with the burners coming on 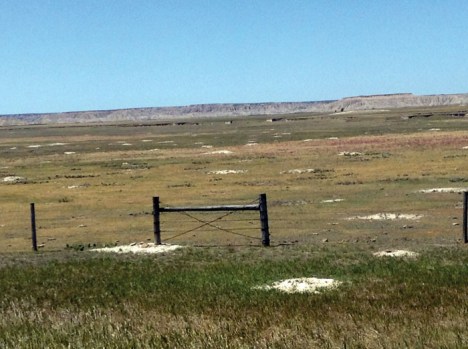 All the white circles are what I think is prairie dog burrows. They were constantly running from hole to hole and making a sort of loud chirping noise. David Freeze/for the Salisbury Post 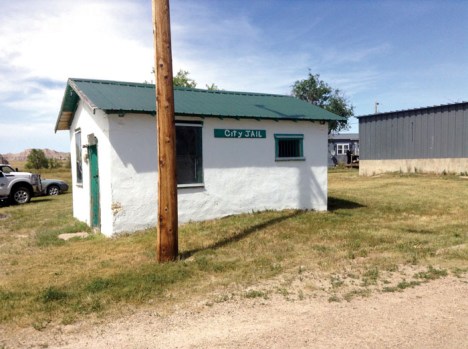 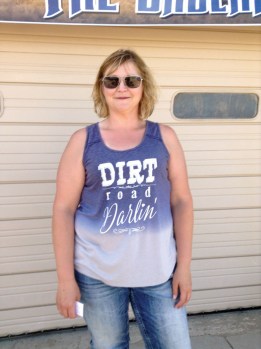 I got into Interior, SD this afternoon as excitement was building for the Fourth of July Rodeo. Kim Kerner told me about the rodeo and the fireworks scheduled for afterwards. David Freeze/For the Salisbury Post

After a day of sightseeing Monday all around the Black Hills, it felt good to be back on the bike and the roads Tuesday.

My legs felt good from the start as I left Rapid City headed east on what I think is called State Road 44. I knew it would be a long ride, but I hoped that the hills and wind would cooperate.

It was just a little chilly to start on what I knew would also be a sparsely populated ride.

I usually plan with my co-ride director, the babe at Google, who knows everything. Since I don’t have any information up front on most of the towns, we try to figure it out.

Tuesday was supposed to have just very small towns, with Caputa and Farmindale at 10 and 21 for population; I don’t remember which was which. Surprising to me was that both had stores but neither was open Tuesday.

I began to worry about my water supply as the heat started to build.

Google told me that there was a store in Scenic, right at the beginning of Badlands National Park. I could see from 44 that the store was not open either, and now I was left with 31 hot miles to ride through an even hotter looking landscape.

With just over a liter left, I knew I didn’t have enough water to last. God took care of me again, just as he has on two previous situations that could have been trouble.

Two Asian mothers with a vanload of kids from Wisconsin had been riding through the Badlands and couldn’t figure how to get back to Interstate 90. They pulled off the road to ask me. I was able to show them, and the driver gave me two bottles of water, just enough with what I had remaining to make Interior, where I would spend Tuesday night.

After 80 total miles, I rolled into town where everyone seemed to be planning for a rodeo and fireworks. Kim Kerner told me that this was one of the best and oldest rodeos in the area and would draw close to 250 competitors, many of them local.

Plus, I was in a campground with nothing else to do after my story is submitted and replies are sent from today’s emails. After talking about it for five summers now on these bike rides, I have hit the right town on the right night for a Fourth of July rodeo.

Look at my picture of the jail in town. The population is just over 100, and many people had their horses ready to go. Everyone seems friendly, and since I am a rodeo fan anyway, this had the promise to be a special night.

As with most nights, there seemed to be a summer thunderstorm brewing. This area is so dry that it could rain quite a bit and still not hurt a thing.

Today, I will be headed south and east on State Road 44 to White River to get aligned soon for entry into Nebraska. I heard from Nebraska native Amy Epley about some specifics of the state. Amy said it is an especially friendly state and there is a special candy bar that I will make sure to get.

Tuesday’s ride was the warmest in the afternoon, yet but the hills did ease quite a bit. Two interesting things caught my attention. There was grading and a lot of wooden trestles for the railroad alongside of me today, but there were no rails. I guess someone took them up. Also, in the Badlands, hundreds of little holes in the ground seemed to be homes to prairie dogs. They ran and chirped constantly. Only in the Badlands have I seen this.

On Thursday, I hope to report on the rodeo and my ride to White River. The weather calls for hot days for the next week. I had plenty of training in the heat last summer and maybe that tolerance will work again.

See you Thursday with more to tell!

Thanks once more to Bill and Stacey for taking care of me in Rapid City.

And one special wish for my daughter Ashley, who is celebrating her birthday at the beach. Have a great day and enjoy that once-in-a-lifetime 40th birthday.