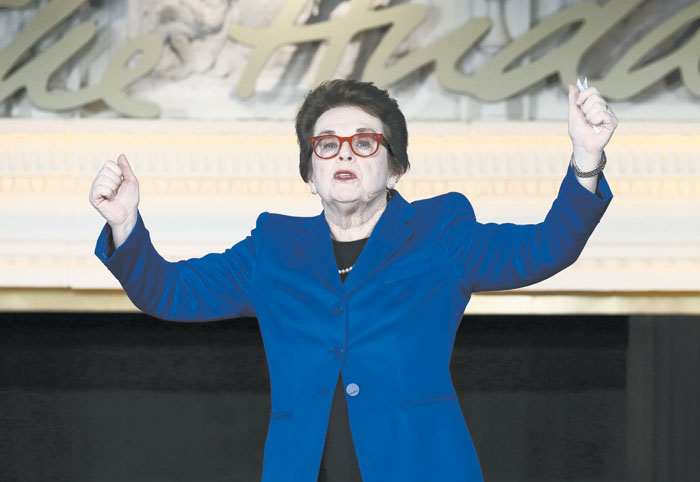 ORLANDO, Fla. (AP) — On the 45th anniversary of Title IX, women and people of color remain on the outside when it comes to hiring head coaches in women’s college sports, according to a report Friday by sports institutes.

The report found that the coaches hired were predominantly white and male in most of the eight conferences surveyed: the Power 5 conferences — Atlantic Coast, Big Ten, Big 12, Southeastern and Pac-12 — along with the American Athletic, Big East and Ivy League.

The study was done by the Institute for Diversity & Ethics in Sport in collaboration with the Tucker Center for Research on Girls & Women in Sport and LGBT SportSafe.

Title IX was signed into law June 23, 1972. It opened doors for girls and women by banning sex discrimination in all federally funded school programs, including sports.

Seven of the eight conferences polled received a C or D grade for having female head coaches of women’s teams. The Big East, SEC and Big 12 fell below 40 percent. Only the Ivy League (55 percent) had more women than men as head coaches.

The grades were far worse regarding race. Half the conferences (Big East, SEC, Big Ten, Ivy League) received a grade of F. The AAC was the lone league to have an above average grade of B, with 18 percent of its women’s coaches people of color.

“I’ve never given an F as an overall grade in 25 years and there are four Fs in this particular report for lack of people of color of in head coaching positions for the women’s teams,” said Richard Lapchick, whose Diversity & Ethics group also puts out report cards on racial practices of the NFL, NBA, NHL, Major League Baseball, college football and college basketball. “That’s a damning statement that there could be four Fs in a single report like this.”

According to the report, 27 of the 94 schools had no coaches of color leading their women’s sports. The SEC led all the leagues studied, with seven of its schools having all white coaches leading women’s teams.

“It says people haven’t been paying attention,” Lapchick said, referring to the conference commissioners and athletic directors at the schools.

When it came to gender, overall 57 percent of the coaches were male.

“Title IX has dramatically changed the landscape of sport participation for girls and women but it in fact it has had the opposite effect on women in positions of power in women’s sport,” said Nicole LaVoi, co-director of the Tucker Center. “Title IX doesn’t really protect against that. There is nothing in the statute that says women have to coach women.”

The Power 5 conferences were chosen because of their power and influence. The AAC is viewed by the authors as a league that could eventually join the power conferences. The Big East and Ivy League have female commissioners.

Laphick and LaVoi urged conferences and their schools to become more inclusive and diverse in their hiring. This was the first time LGBT inclusion was examined in this report. As a result, the conferences were not graded in that regard.

“All athletic directors need to undergo race and gender bias training because their beliefs and values influence their hiring practices,” LaVoi said. “It may not be intentionally but we all are biased.”

King and friends of the Women’s Sports Foundation gathered Thursday night at the museum, where an exhibit of her life and tennis career is featured at the Center for Women’s History.

Title IX was signed into law on June 23, 1972. It opened doors for girls and women by banning sex discrimination in all federally funded school programs, including sports.

King says she started the Women’s Sports Foundation in 1974 to “protect the sports side of Title IX, to be a guardian of it.”

King won 39 Grand Slam tennis titles and lobbied for equal pay in the sport. She was joined at the event by WNBA President Lisa Borders, ESPN broadcaster Cari Champion and several pro athletes.