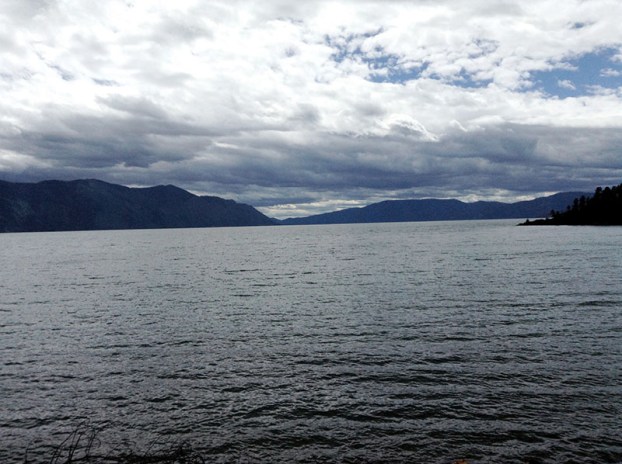 David Freeze: My one full day in Idaho

My day didn’t start quite as early as usual in Newport, Washington, because I expected today’s ride would not be as long. Plus, we had a situation with my story submission last night that took quite a bit longer than usual. I always ask at a motel about the WiFi before I pay. Last night, I was assured that the WiFi was good but we quickly found that it was not.

It took a trip to McDonald’s to send the story and photos. That is not so unusual, particularly in remote areas but most of those areas don’t have McD’s. What else happened last night was a first. My story for the day was completed, sent in and somehow was lost in cyberspace although the pictures came through. I wrote the story a second time and finished it at nearly midnight Salisbury time and Andy Mooney got it in the paper. That was remarkable and by far the latest I have pushed it. Kudos to Andy!

There were two choices on how to enter Idaho early this morning and I jumped on State Road 2. The best thing about that ride was that the whole road to Sandpoint, Idaho, was along the Columbia River. I was pedaling upstream but the route was very enjoyable. The only real town was Priest River with close to 2,000 residents. Dover was like suburb of Sandpoint, the largest town I have seen on this trip with a population of about 7,000.

At Sandpoint, I thought I knew how to fix my malfunctioning cyclometer so that I can keep up with my mileage and know when to expect turns, etc. With the help of Rhyleigh at a Natural Food store, I found a Safeway, my favorite grocery of all time, and got two batteries. After installing them, nothing had changed. I called the local bike shop and found that he is closed on Sunday. The next bike shop is two days of riding away. It is tough not knowing where you are on the route.

Back on the bike, it seemed like everybody wanted to go the same way as me when we all headed for Lake Pend Oreille on SR 200. For 25 miles, the traffic gradually thinned out as I spent the afternoon riding around the huge glacier-made lake. There were several marinas and a surly headwind made for choppy water.

I passed through Hope and East Hope, both very small but quite scenic with historic structures and even a beautiful old church now used as wedding chapel. I sped up and got away as quickly as possible. I am in Clark Fork for the night after 60 fairly easy miles. The climbing will return through even more remote areas soon. Neither AT&T or Verizon have a decent signal here. My room at the Clark Fork Lodge is beautiful and has a kitchenette for a great price.

Several things from today. The trains have returned, as all afternoon BNSF trains ran right beside the road. I have seen a few deer and one large turkey and a bunch of little ones. I met Mike and Wendy Fletcher from Prince George, British Columbia, who are touring on a motorcycle and headed to Missoula, Montana. Mike laughed, “I thought Trump might not let me in.” There were no other cyclists today although I expect to see some of them again.

Tomorrow’s ride will be to Libby, Montana, which is about 70 miles away using roads 200, 56 and 2. There are no supply stops in between but there is some climbing to do. It was cool again today and again breezy. No ice cream yet. Still mostly cloudy since I arrived out west.

Thanks to Skinny Wheels Bike Shop and Eric and Scott who continue to get my bike ready to ride. I bought two of the Surlys from Eric and hope that the one that I am riding now will stay in one piece for a long time.

We’ve completed a week of riding and I sang a few hymns today and hope everyone had a nice Father’s Day. Canada is getting closer. I just hope President Trump will let me back in. And another train just went rumbling by. See you tomorrow!

In Gold Hill, tall tales abound, but in the end, they pay off

By Mark Wineka mark.wineka@salisburypost.com GOLD HILL — When they called it the “Tall Tale Tellers Festival,” they weren’t kidding. If you... read more