David Freeze: Much more than I expected in long hard climb of Washington Pass 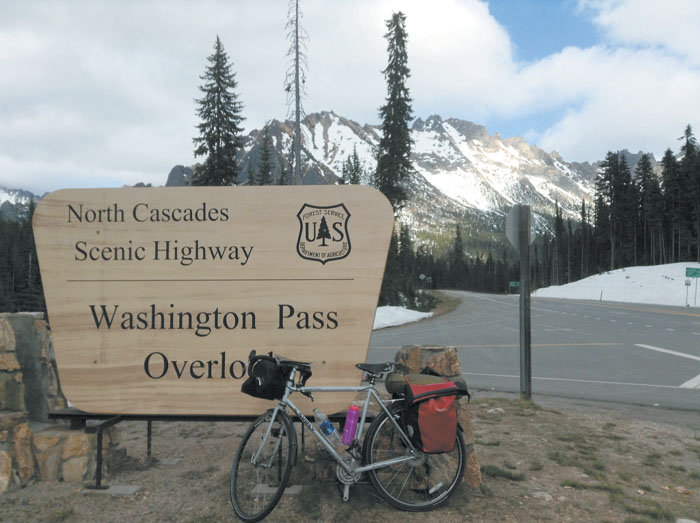 I got up Tuesday morning aware of the cold already. I put on just about everything I had and headed out the door to climb Rainy Pass and then Washington Pass.

Nearly 5,000 feet in climbing for one day was way more than I had done. I stopped and loaded up at the last town called Marblemont, just before beginning the climb.

It was about 12 miles to Newhalen with only gradual climbing, but the serious stuff got going right after passing through that little town. It had a general store but was closed, like lots of things in this area.
On up the mountain I went, just hoping to make it. The progress was so slow that I began to worry if I would get off the mountain Tuesday or not. I had no plans as to where to spend the night and still didn’t late Tuesday.

Finally, about 6 p.m., I topped the pass and went on a very cold ride back down to almost Winthrop, where I hoped to find a room. I am sitting beside the road right now working to beat a deadline. Verizon has service, so that is how the story will go.
The cold and wind were significant today, but the wind was mostly a tailwind. There was plenty of snow still on the ground, as much as 3 feet in places. Temperatures on top of the pass probably didn’t make it out of the 40s Tuesday. There has been nothing but cloudy and breezy weather since I arrived in Washington.

My report for today is not as good as it will be Thursday when I will catch everyone up on other things from the day. I did meet a woman cyclist who is riding to Minnesota this year to honor her dad who recently passed away. He had made the same ride. I expect to top out at 90 miles for today and I am about as tired as I remember being.

The sun has gone down behind the mountains. Darkness is not far away, and I still have to make it to town and find a room. I will close and will catch you up Thursday.