Letter to the editor: He said, he said 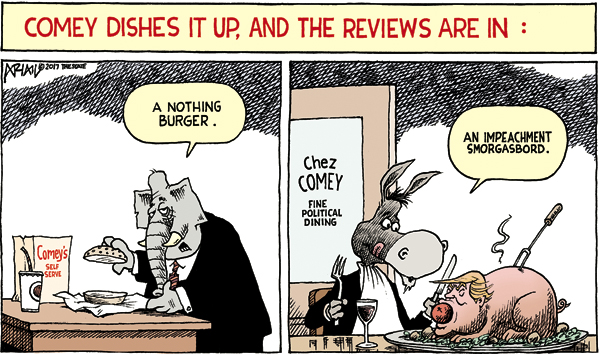 I don’t know how Trump vs. Comey is going to play out. What I’ve discerned so far is that, although Trump’s actions have been questionable, they’ve been legal. But what do I know? The lawyers of this country can’t even come to a consensus on the real meaning of the First and Second amendments. As for global warming, everyone has a different set of numbers and how they came about. You could put those same guys in a room, ask them what 2+2 is and probably none would say 4.

I’m getting fed up. This latest Trump/Comey fiasco just seems to illustrate the state of American politics. America wants somebody, some party, to get us back on track. We really don’t care who. But that is just the opposite of how our “elected” officials feel. They want to solve America’s problems, all right, but only if they can take the credit. Disgraceful.

As a former FBI agent, I’m shocked by Trump’s…