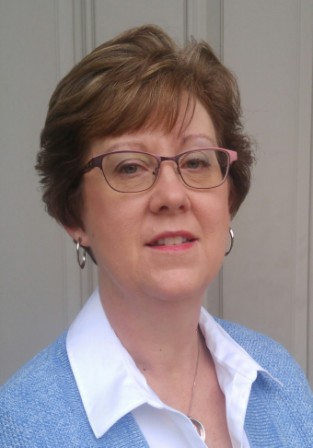 SALISBURY — Nan Buehrer of Archbold, Ohio, has been hired by the Rufty-Holmes board of directors as the new executive director of the senior center effective July 1.

She will replace Rick Eldridge, who is retiring after 30 years as the first and only executive director of the nonprofit organization Rufty-Holmes Senior Center Inc.

She was chosen from among 19 applicants for the position.

Buehrer has 11 years of experience as a manager at two senior centers in Ohio. At the nonprofit Sylvania Senior Center, she oversaw the design and construction of a 21,000-square-foot center. Later, she managed the city of Kettering Senior Center, which served more than 3,000 older adult participants. Both centers are comparable in size to Rufty-Holmes.

In addition to her experience in senior centers, she has worked for 11 years with other nonprofit organizations including the Southwestern Ohio Hemophilia Foundation, Archbold Chamber of Commerce and her current employer, Fairlawn Retirement Community, where she is development and community services director.

Buehrer has been active in the communities where she has lived in Ohio, having moved multiple times for her husband’s career. She is a member of the Archbold Rotary Club and recently co-chaired the city of Archbold’s 150th anniversary festivities.

Buehrer and her husband, Neil, will move to Salisbury over the next few weeks. They have three adult daughters, two of whom live in North Carolina.

“Rufty-Holmes Senior Center is an impressive organization, which values innovation and a commitment to excellence,” Buehrer said. “I am thrilled and humbled for the opportunity to provide leadership support with the staff to benefit the residents of Rowan County. My husband and I are excited to put down roots and become actively involved in the larger community.”

Rufty-Holmes is the first senior center in the state to be certified as a “Senior Center of Excellence” and the first to become nationally accredited. It provides services for older adults designed to extend independent living. It is a Rowan County United Way agency and works with the county to provide senior services and with the city of Salisbury to provide recreational programs for older adults.

By Josh Bergeron josh.bergeron@salisburypost.com SALISBURY — City Councilman Kenny Hardin says he will not run for re-election. Elected to his... read more