Kannapolis students to pay tribute to classmate killed in shooting 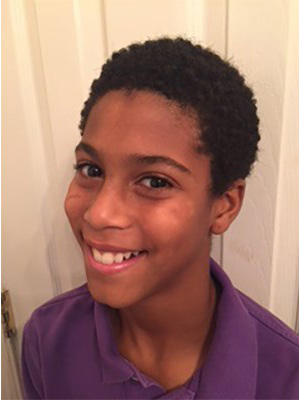 KANNAPOLIS — Eighth-graders at Kannapolis Middle School want their community to know that fellow student Anthony Frazier is gone but not forgotten.

The students are banding together to host a community cookout Friday at North Cabarrus Park to raise money for a memorial to Anthony, who was shot to death earlier this year.

Anthony, 14, was shot in Charlotte on Jan. 2 while inside a vehicle with family members that he was visiting. Authorities have said the Kannapolis Middle student was returning from a birthday party. He died in the hospital the next day.

His father, Daniel Frazier, who at the time of the shooting was a Kannapolis police officer, has since joined the Rowan County Sheriff’s Office.

On April 13, Charlotte-Mecklenburg Police charged Reginald Lee Edmonds, 17, and Mangasha Dion Clark, 19, in Anthony’s death. Clark is believed to have been the shooter. Authorities have said it does not appear the teens knew Frazier and that Frazier was not the intended target.

For those who knew Anthony, the news of the arrests brought a small measure of closure.

“He was like my brother,” student Braden Chapman said.

“He was nice to every single person he came in contact with,” she said.

It was Braden’s idea to host the cookout, together with friend Jordan Anthony. The idea was born of a school project in which eighth-graders were challenged to research a topic that spoke to them and to develop a plan of action to educate the community. Braden chose to tackle racism, while Jordan chose gun violence.

Both students’ projects meshed well with school plans to create a memorial to Anthony, Chapman said. It wasn’t long before the entire eighth grade was involved.

“I’m amazed at what a couple of eighth-grade boys can do when they put their minds to it,” she said.

While Chapman encouraged Braden to start small, she said one of his teachers, Steve Fulton, encouraged the opposite. The students settled on a community cookout.

The cookout is free and open to the public. It will feature music, games, food, a silent auction and a raffle. All proceeds will go toward a memorial for Anthony in the middle school’s new gym, set to open in August.

Chapman said the raffle prizes were donated, as was use of the picnic shelter.

In addition to bringing some fun during spring break, Chapman said she hopes the cookout will allow students to talk about their memories of Anthony and seek closure now that arrests have been made in this death.

“So it’s almost like a celebration as well as a memorial,” she said.

Braden said he’s excited and pleased that the community has come together.

The cookout will be held from 11 a.m. to 1 p.m. Friday at North Cabarrus Park, 760 Orphanage Road, Concord.

“It’s just going to be a good time, I think,” Chapman said.

For more information or to donate supplies or memorial funds, contact Krista Chapman at krista.chapman@kcs.k12.nc.us.