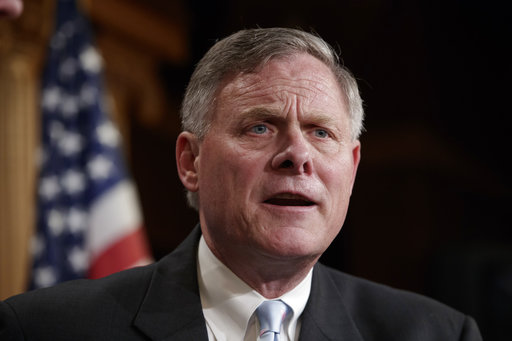 U.S. Sen. Richard Burr is bringing a spirit of fairness, integrity and bipartisanship to an investigation that his House counterpart has so far bungled.

Intelligence panels in both chambers of Congress are looking into the extent of Russian meddling in the United States’ 2016 presidential race. Read our lips: The fact of Russian interference is not in question, only the extent.

Burr, a Republican from North Carolina, at first resisted having the Senate Intelligence Committee that he chairs dive into the subject, saying that wasn’t the panel’s role. As a result, critics accused the senator of partisanship. After all, Burr had endorsed Trump and served on Trump’s national security advisory council during the campaign.

About a month ago, Burr was accused again, this time of working with the Trump administration to discredit negative stories about the Putin government’s interference. A New York Times article described phone records and call logs of exchanges between Trump campaign aides and Russian intelligence officials; Burr told reporters that FBI officials told him there were no such records.

Since then, though, Burr has changed his tune and become more inclined — outwardly at least — to take an evenhanded approach toward investigating the Russian connection.

House Intelligence Committee Chairman Devin Nunes could use a dose of Burr’s ethics. Nunes briefed the president about secret documents before he briefed his own committee and has since suspended his committee’s hearings.

Burr and Sen. Mark Warner, the Democratic vice chair of the Senate intelligence  panel, are proceeding full speed ahead and uncovering new details — leading to Mike Flynn’s request for immunity from prosecution in exchange for testimony.

“This one is one of the biggest investigations that the Hill has seen in my tenure here,” Burr told reporters last week. His openness to the investigation should give Republicans and Democrats confidence that what Trump calls a “witch hunt” will be neither partisan smear nor white wash. In an era when strict party loyalties have all but paralyzed Washington, Burr and Warner are demonstrating that the integrity of the U.S. election system is  more important than party. Ultimately, this is an issue of national security.