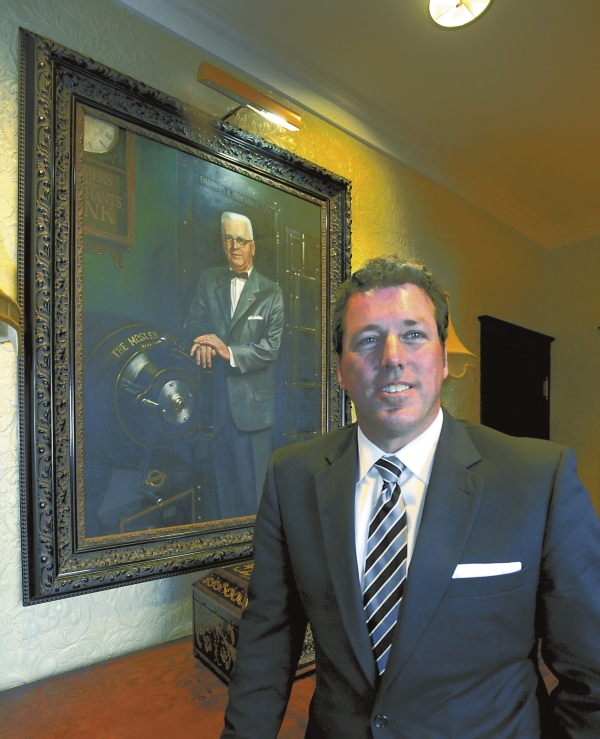 SALISBURY — The Rowan County United Way campaign may be over, but, “We still have work we need to do,” declared campaign Chairwoman Penny Greer-Link at Wednesday’s annual meeting.

The meeting, which was held at the Rowan County United Way/American Red Cross offices, was an opportunity to thank the countless volunteers, companies and other people who helped during the campaign and to appoint a new board.

The community helped raise $1,559,914 for the campaign, which began in September and concluded in November.

Each year, the United Way recognizes someone for outstanding service by presenting the Helping Hand award. A surprised Steve Fisher stood to accept the award Wednesday. Fisher, CEO and chairman of F&M Bank, has been a longtime United Way volunteer and is currently serving his second term on the board of directors. He has served as both campaign chairman and president of the board.

He is always positive, committed, loyal, fair, passionate and compassionate and truly cares about the United Way, people said about Fisher.

Outgoing President Denise Hallett said she’s often asked how she handles work, church, community activities and family. She said she responds that it’s in her DNA to give back. It’s what her parents taught her in word and action. Ultimately, its the right thing to do, she said.

Hallett spoke about how many people are touched by Rowan County United Way. She half-joked that United Way touches people from the womb to the tomb, “from the youngest to the oldest,” she later added.

The campaign award for most employee spirit went to Akzo Nobel, whose employees participated in the annual Day of Caring, held meetings with employees to get the United Way message out, gave incentives and held special fundraisers.

Agility Fuel Systems is a company that was established in Rowan County one year before running its first campaign. The company raised a total of $10,900 with a per capita of $128.

The award for most improved campaign with fewer than 100 employees was presented to Ben Mynatt Nissan, a company that increased its campaign by 128 percent and taking its percentage of giving from 52 percent to 89 percent.

The most improved campaign with more than 100 employees was Rowan County government, which had an increase of 56 percent and per capita giving from $127 to $146.

Greer-Link presented the Chairman’s Achievement Award to Innospec for its involvement by the CEO, who helped the company achieve its goal. The company improved its campaign by an increase of 128 percent.

Innospec also sponsored the Sunset 5K run, which began before the campaign kickoff.

“I’m glad to be a part of a caring community that helps identify the needs of the people,” said newly appointed board President Henry Diggs.

He said plaques are great, “but we do it because we are servant leaders.”

Before the close of the meeting, the board appointed new officers: