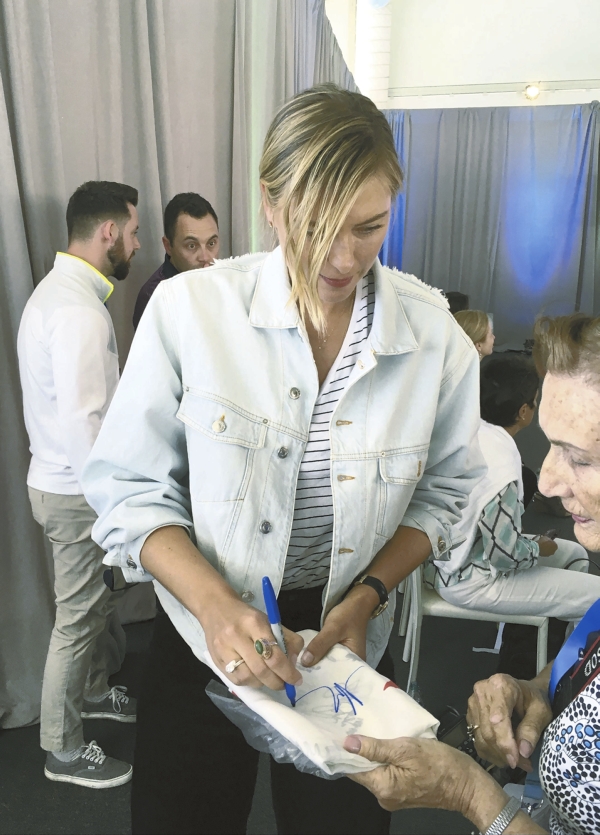 Maria Sharapova signs autographs at a sports conference as she nears the end of her 15-month doping suspension in Rancho Mirage, Calif., on Tuesday, March 28, 2017. The former No. 1 player plans to return to tennis next month at a tournament in Germany. (AP Photo/Greg Beacham)

RANCHO MIRAGE, Calif. (AP) — Maria Sharapova believes she succeeded in a fight against injustice when he managed to get her doping ban reduced to 15 months.

The five-time Slam winner and former world No. 1 plans to return to competition next month at Stuttgart. She told a women’s sports conference Tuesday that she didn’t believe a two-year suspension was fair after she tested positive for meldonium at the 2016 Australian Open.

The Russian-born Sharapova says although she’s closer to the end of her career than the beginning, she didn’t want to finish “on someone else’s terms,” and she “fought hard for the truth to be out.”

Sharapova spoke at the ANA Inspiring Women in Sports Conference, a gathering of athletes and prominent professionals preceding the LPGA’s first major of the season.

By Mike London mike.london@salisburypost.com Catawba baseball’s home/road splits have been a little scary — 15-1 in the friendly confines of... read more