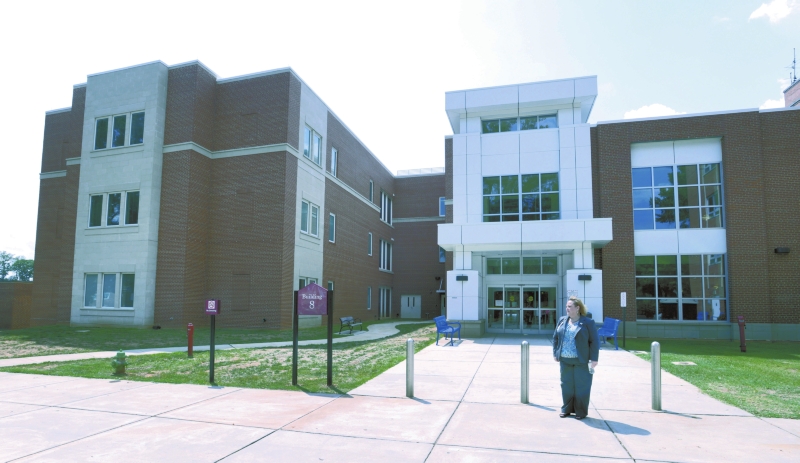 The audit looked at wait times for care at Veterans Affairs facilities in North Carolina and Virginia. It also examined whether a program created to reduce wait times provides timely care. In both cases, the VA Office of Inspector General, which wrote the report, found problems.

The audit found wait times were understated in the VA’s Mid-Atlantic Care Network, which includes Salisbury. As a result, some patients were unable to receive care through the Choice Program, which allows veterans to see private providers if a wait is longer than 30 days or if other conditions are met.

Meanwhile, the same audit found veterans who opted to use the Choice Program waited an average of 84 days.

In a news release about the audit, VA Inspector General Michael J. Missal said providing more timely access is an important goal. The audit should help VA do that, Missal said.

“I am alarmed and outraged that employees weren’t following proper reporting protocol, preventing veterans from accessing timely, quality care through the Choice Program,” Hudson said. “As the representative of Fort Bragg and one of the fastest-growing veteran populations in the nation, I am asking the VA to tell me what actions are being taken to fix this problem and hold any bad actors accountable. I will continue to fight so our veterans can get the best health care right when they need it without being stonewalled by the bureaucracy at the VA.”

Locally, the audit found patients at the Salisbury VA waited an average of 25 days for specialty, primary and mental health care. VA staff calculated the average to be 10 days.

The audit attributed the wait time difference in Salisbury and other locations to staff entering incorrect information because management didn’t ensure that employees followed scheduling requirements. Leadership relied on data that didn’t accurately represent how long veterans waited for care, the audit states. As a result, the same leadership didn’t have reliable information to resolve potential issues or justify the need for additional resources, the audit states.

In response to the audit, Salisbury VA officials said they disagree with some of the methods used by the inspector general. They also noted that wait times are under a 30-day threshold.

The longest wait times came when veterans sought care at private facilities. Veterans who used the Choice Program waited an average of 84 days for care across the Mid-Atlantic Care Network, the audit states. In Salisbury, the average Choice Program wait for specialty, primary and mental health care was 58 days.

The audit found Health Net — contracted to oversee the Choice Program — caused many of the problems. Another reason included a lack of VA staff to meet the growing demand for care at non-VA facilities, which includes the Choice Program. People who were responsible for the Choice Program in the Mid-Atlantic Care Network added to delays by not consistently processing and monitoring appointment authorizations, the audit states.

Recommendations on the Choice Program wait times included implementing controls on third parties such as Health Net and ensuring staffing levels are adequate to serve the demand for care at non-VA facilities.

The Salisbury VA released a statement saying that its staff will work to ensure that veterans receive the care they need when they need it.

“At the Salisbury VA Health System, we are all dedicated to the mission of proudly serving those who have served, and we are continuously striving to improve access,” the Salisbury VA said in an emailed statement.

“It is absolutely unacceptable that the scheduling system does not provide accurate information about wait times,” said Sen. Richard Burr, R-N.C. “A significant percentage of veterans are still waiting more than 30 days for necessary health care appointments. Furthermore, the VA has failed to identify and assist 90 percent of the veterans who, due to wait times, are eligible to use the Choice Program to receive care outside of the VA system. This shameful incompetence caused some veterans to wait more than 80 days for an appointment.”

Sen. Thom Tillis, R-N.C., focused on the Choice Program in his comments. He pledged to continue working with members of the Veterans Affairs Committee to improve access to care. Until all facilities track wait times in the same manner, however, Congress will be limited in its ability to conduct meaningful oversight, he said.

Thursday’s audit comes several months after an investigation found that Salisbury VA staff were trained and instructed to alter data that showed patient appointments falling within a desired window. The investigation’s results were released last year but related to practices in 2014.

At the time, Salisbury VA Director Kaye Green said supervisory staff who instructed others to manipulate data were either no longer in their positions or were not supervisors. Greene said the facility would continue working to make improvements.

Since that time, the Salisbury VA says it has taken steps to improve access to patient care. That includes “single booking,” when a veteran who chooses the Choice Program doesn’t receive an appointment at a VA facility.