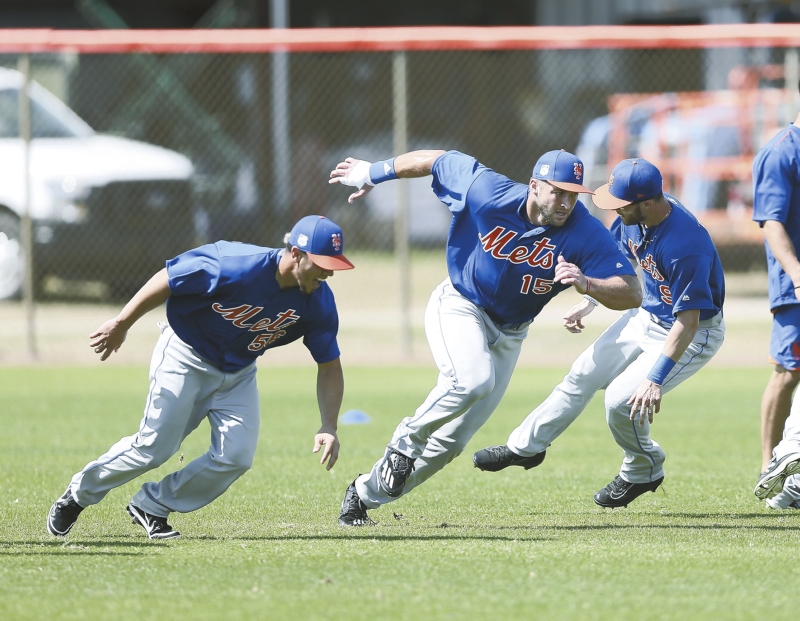 PORT ST. LUCIE, Fla. (AP) — After struggling in the Arizona Fall League last year, New York Mets prospect Tim Tebow turned his attention to his hometown of Jacksonville for some help and inspiration.

“We became friends and went up to a place by our houses and trained a lot. He’s as much as an addict for sports as I am,” Tebow said Monday before hitting nine batting practice home runs during his first spring training workout. “Even Thanksgiving morning, we were out there hitting before he had to go back to his wife and his family. He was begging for a couple of hours (of sports). That’s how addicted he is, but it’s also how helpful he was to me.”

The 29-year-old Tebow, the 2007 Heisman Trophy winner and a former NFL quarterback, signed a minor league contract last year Sept. 8 and hopes to make it to the major leagues as an outfielder. Tebow played as a junior at Nease High School in Ponte Vedra Beach, where he hit .494 and earned all-state honors. He then concentrated on football, which led him to the University of Florida.

“He’s someone who’s extremely analytical, so that also helps to make him a really good coach,” Tebow said of Murphy. “He thinks through a lot of the game and processes and situations. So that’s very helpful to someone who’s very new at it.”

Tebow homered on the first pitch in his first game since high school last Sept. 28 as part of New York’s instructional league team.

However, he hit just .194 and struck out 20 times in 62 at-bats for the AFL’s Scottsdale Scorpions.

“It’s so much about how you’re able to handle things mentally, and that’s not just the highs, it’s also the lows,” the left-handed hitter said. “Baseball can really exploit that if you’re not ready for it — to be ready for the droughts and be able to handle the highs and lows. I think I was 0 for my first 13 (in Arizona), so I was like, ‘OK, that’s going to happen.’ But I’m going to bounce back, and I think I was able to do that.”

Tebow said similar poor results as a member of the New York Jets in 2012 also were part of a learning process.

“I’m grateful for the highs there — which weren’t really many — but for a lot of the lows,” said Tebow, who was released after one season with the Jets in which he threw just eight passes and rushed 32 times. “It was not necessarily the most fun situation, but there were so many things I learned. Everything happens for a reason; that situation happened for a reason. I learned from it. I’m grateful for it. I can honestly say that.”