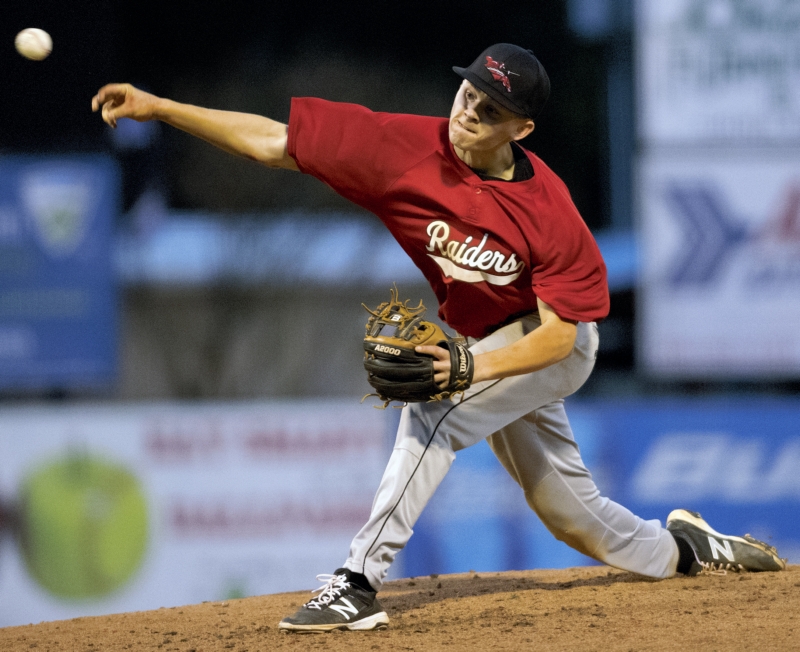 2016 record: 16-9, lost to South Piedmont Conference rival East Rowan in the first round of the 3A state playoffs.

Coach: Thad Chrismon entered his 9th season at the helm of the Raiders with a 123-85 record. South often flies under the radar playing in a league — and county  — with West Rowan, East Rowan and Carson, but the Raiders are consistently pretty good. They’ve finished 3rd or 4th in their league 7 straight seasons and have qualified for the playoffs 7 consecutive years.

Strength: South almost always has above-average pitching and fielding. Chrismon, who was a fine hurler at UNC,  is a pitching-and-defense guy and he has five pitchers with some experience back, including two of his top three — Walker Joyce and Dillon Norton.

Question marks: South lost a lot of speed and defense with the graduation of outfielder Tyler Rary and shortstop Peyton Penninger. They’ll also miss the bat of Austin “Bo” Corriher, the catching of Tristan “Shaggy” Wyatt, and the bulldog pitching of lefty Blake Johnson.

Defensively, this is almost an entirely new team.

• Junior Tyler Shepherd was MVP of the Intimidators Easter tournament last spring and hit for the cycle against Salisbury. He  brings pop to the middle of the lineup. He drove in 17 runs while batting .293. He’s moving from third base to shortstop.

•Joyce, a senior, has been an outfielder/pitcher, but he saw some action at second base on opening night. Joyce was 5-3 on the mound last season and batted .254 with 10 RBIs.

• Dillon Norton, a senior lefty, returns as an outfielder/pitcher and was the opening day starter in a 2-1 loss to Salisbury. Norton was outstanding in a relief role in 2016 and went 4-0 with an ERA of 1.54. He batted .277 with 9 RBIs.

• Senior outfielder Dawson Larrimore should excel in the leadoff role after turning in an on-base percentage of .407 last season. He scored 19 runs, while batting .305.

• Other veterans on the roster include seniors Austin Chrismon, Chandler Norton, Austin Hyde, Hayden Wilson and Tyler Belk. Belk was the starting catcher on opening night.

New faces:  Juniors Jaxon Miller and Matthew Donohue were employed as relievers on opening night. Junior Anthony Fox was in the outfield. Tall junior Garrett Harrington, just coming off the basketball court, is expected to be a factor as a first baseman/pitcher.

Quote: “We’ve got some new faces and a lot of our returning guys are being asked to play different positions than last year,” Coach Chrismon said. “We’ve got to do the little things well to be successful.”

Schedule: South opened with a 2-1 loss at Salisbury. The Raiders start SPC play at home on Friday against Northwest Cabarrus. South hasn’t had a losing record in league play since 2009.