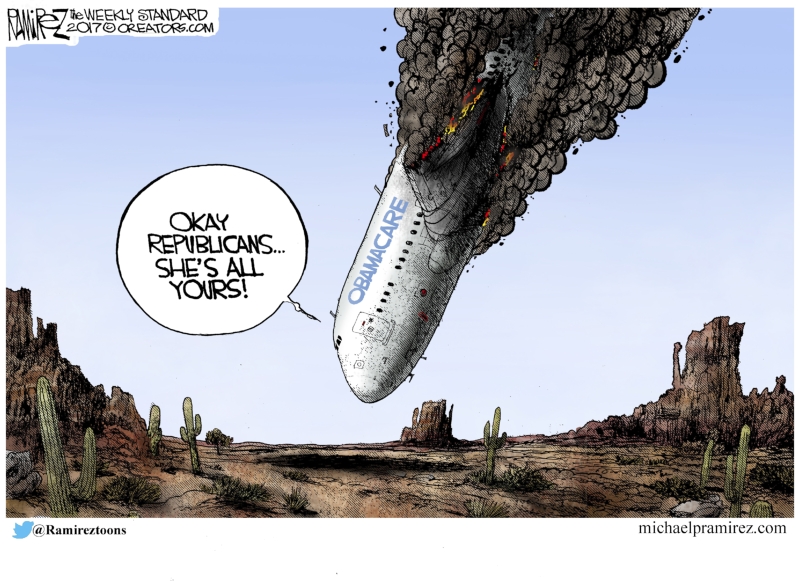 The importance of taking an oath

Last Friday in the Post, a comment appeared in response to the column by Emily Hibshman the previous day (“A silent rebellion, brought to light”). The comment stated, “True patriotism doesn’t come wrapped in a flag and doesn’t require a loyalty oath. It comes wrapped in integrity and justice.”

That sounds like the old “actions speak louder than words” mantra. Well, here’s another mantra: “A man is only as good as his word.”

The words of an oath are promises, and promises matter. Actions are the proof of your commitment on keeping those promises.

Taking an oath is important and not just a formality.

With the repeal and replacement of Obamacare one of the major priorities of Congress, we feel it may be very important to make our representatives fully aware of many of the concerns of North Carolina constituents.

We feel it is the opinion of a great majority of American voters that Obamacare needs to be repealed and replaced with a much better and more efficient health-care program for all.

2. I was later notified that, due to Obamacare, my insurance company was dropping out of the marketplace and going bankrupt. I no long had my insurance or my managed-care doctors.

3. When I called my insurance company for a replacement policy, I was told they just laid off more than 2,000 claims representatives due to Obamacare and I should call the public marketplace number.

4. After calling the marketplace, I was unable to find an affordable or suitable insurance policy. I was told I may be required to pay the excessive penalties required by Obamacare for individuals who did not have health insurance.

Maybe you can better understand my frustration with Obamacare, which has been a complete failure and disaster. We hope and pray Congress will repeal and replace Obamacare as soon as practical with a better and much more efficient health-care system for all Americans. We cannot afford to do otherwise.