Yesterday: Ready for a road trip 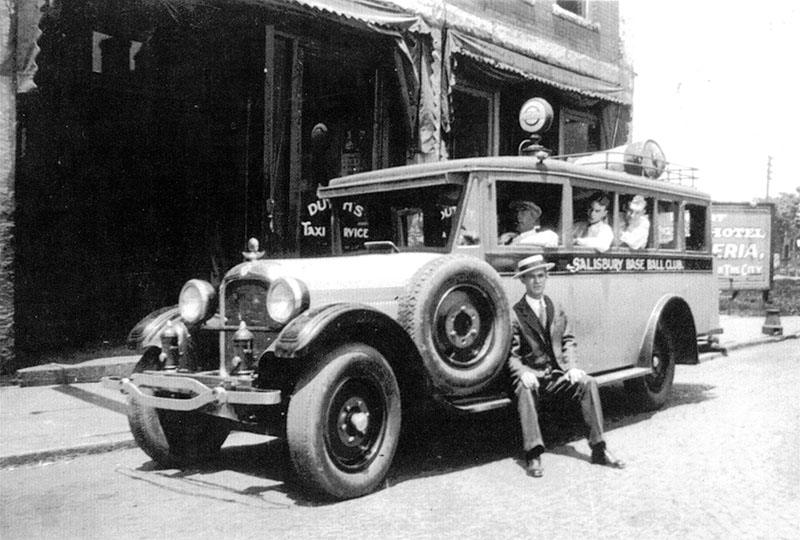 Dorothy Kirk has provided several ‘Yesterday’ photographs to the Post. Two of the previous photos were connected to her grandfather, A.B.C. “Chubby” Kirk Sr., who started a bus service from Salisbury to neighboring towns back in the early part of the 20th century. Kirk later sold the bus service and operated Kirk’s Taxi, which was in business until the late 1970s. The above photograph, probably from those days when Kirk had a bus service, ‘is one I know nothing about,’ Dorothy says. ‘… Perhaps your readers will know something about it.’ The side of the vehicle says ‘Salisbury Base Ball Club,’ and it looks to be loaded with players ready to head out of town for a game. That might be a bag of bats on top of the bus.