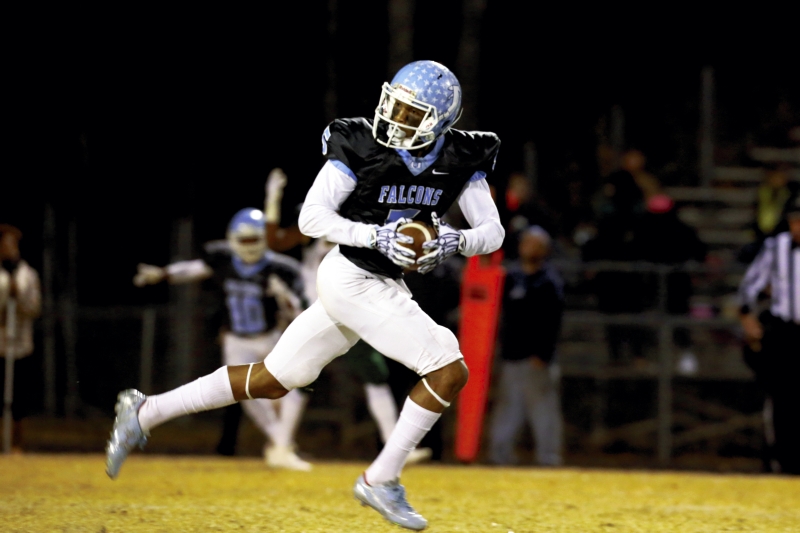 James Sipes/for the Salisbury Post West Rowan receiver Kortez Weeks (5) looks back towards the line and takes off for an 80-yard touchdown, putting the Falcons up, 14-0. West went on to win the 3A playoff game, 35-7.