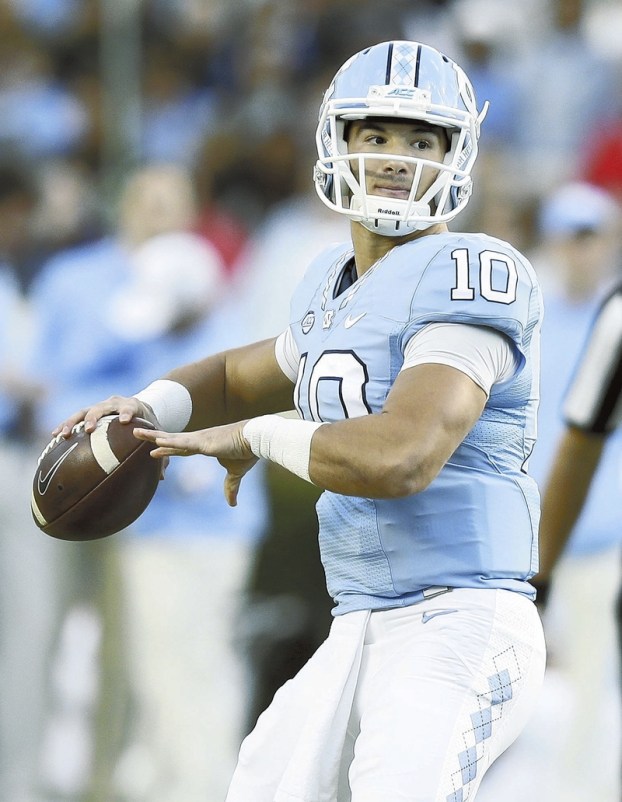 Carolina and State renew rivalry with eyes on even bigger goals

When these neighborhood rivals play Friday, the only thing for certain is that it’ll be a tough day for the losers — whose pursuit of their biggest remaining goal will be denied by the team they dislike the most.

“I’d say it’s a great rivalry,” UNC coach Larry Fedora said. “It’s unique because your fans interact year round — they’re always around each other. They work together. I’m sure that some of them are friends.”

Probably not on gameday, though.

Tar Heels cornerback Des Lawrence says there’s “a bit more chirping between” his team and the Wolfpack, and there’s “extra talk. That amps things up.”

So do the stakes.

The Tar Heels (8-3, 5-2 Atlantic Coast Conference) enter the final week of the regular season still in the hunt for a Coastal Division title and a repeat berth in the ACC championship game, but they need to beat N.C. State and get some help from Virginia, which faces Virginia Tech the following day.

The situation is a bit more dire for the Wolfpack (5-6, 2-5), whose season was marked by close losses to a pair of highly ranked teams — Clemson and Florida State — and also befuddling losses to East Carolina and Boston College, two teams with a combined record of 8-14. A win over North Carolina will make them bowl eligible, while a loss will keep them home for the second time in coach Dave Doeren’s four seasons.

“There’s been a lot of opportunities that we haven’t capitalized on, but what hasn’t happened is, no one here has backed down, no one here has turned on each other, no one here has gotten negative,” Doeren said. “I just want our fans to know, we know you want better results, and so do we, but we’re never going to quit fighting and believing in what we’re doing.”

Some other things to know about the N.C. State-North Carolina rivalry:

LAST GAME: This will be the last game for 16 North Carolina seniors — and maybe for QB Mitch Trubisky, too. The redshirt junior says he hasn’t decided whether to enter the NFL Draft early after a season in which he has thrown for 3,188 yards and 25 touchdowns with an efficiency rating of 162.24 — ranking in the top 15 nationally in each stat category.

ALL DAYES: N.C. State RB Matt Dayes will look for more yards against a North Carolina run defense that has been leaky. Dayes already as the 11th 1,000-yard season in program history — the first since T.A. McClendon in 2002 — and is third in the ACC in rushing with 1,015 yards. UNC ranks last in the ACC against the run, allowing more than 233 yards per game.

By Mike London mike.london@salisburypost.com Davie County was ranked 10th in 4A in the final media poll, but the War Eagles... read more