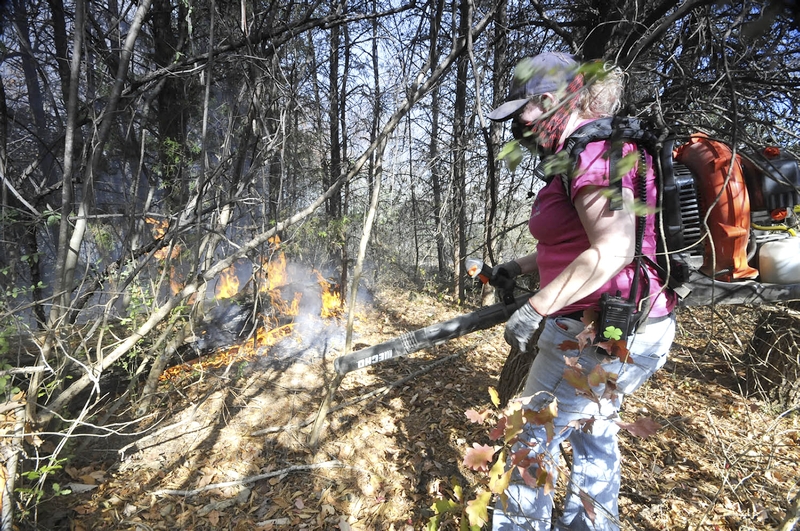 State and federal fire officials say portions of Chimney Rock and Lake Lure communities are now under evacuation orders due to the Party Rock Fire. The evacuation was prompted by a major fire run up to and crossing the Shumont Mountain containment line Friday.

Some evacuations are mandatory while others are voluntary. Officials said they didn’t have an immediate count on the number of homes involved.

Homes in Lake Lure also were evacuated earlier this week.

The forest fires in western North Carolina are forcing the state to close several state parks so that the people who work there can help fight the fires.

Reuter says it’s never an easy decision to close parks but the priority now is protecting life and property.

Justin Upchurch, the assistant fire chief in Rabun County, Georgia, said law officers there are searching for a man in a dark blue SUV after multiple fires started Wednesday, many of them beginning as small roadside fires. Those small fires eventually merged, and firefighters were still working to suppress the flames on Friday.

The area is less than 50 miles from the Nantahala National Forest in North Carolina, where the U.S. Forest Service said more than 20 wildfires burning more than 17,000 acres are all “being investigated for suspected arson.”

It’s unknown whether any of the suspicious blazes are connected, and no arrests have been announced.

The above item has been corrected; Upchurch’s first name is Justin, not Jason.

Environmental officials say smoke blowing down from wildfires in the North Carolina mountains have made Charlotte’s air unhealthy for people with breathing problems.

The Charlotte Observer reports (http://bit.ly/2g2Uc9g) that the local air quality index is Code Orange, meaning concentrations of fine particles from smoke can aggravate asthma and other respiratory conditions.

Mike Abraczinskas, deputy director of the state Air Quality Division, said if residents can see heavy haze and smell smoke, then air quality is not good and they should limit outdoor activities.

That apparently isn’t stopping organizers of this weekend’s Charlotte Marathon. They said Friday that they do not expect the wildfire smoke to impact Saturday’s races, which include a marathon, half-marathon, 5K run/walk, marathon relay and a kids 1-mile fun run.

Tennessee officials have declared a state of emergency over the ongoing drought and wildfires.

The Tennessee Emergency Management Agency made the declaration Thursday evening to help protect lives and property with state and federal personnel and resources.

He says the wildfires already burned up to 6,200 acres in Bledsoe, Hamilton, Monroe and Sequatchie counties in the past month, and 53 fires are currently burning over nearly 9,680 acres in Tennessee.

Wildfires in Hamilton, Campbell and Sequatchie counties are threatening homes and property.

The agency says weather forecasts don’t show any significant precipitation through the rest of 2016.

Officials say arson is being investigated as the possible cause of more than 20 wildfires in a national forest in North Carolina.

A division of the U.S. Forest Service says the fires have been burning on more than 25 square miles in the Nantahala National Forest in the western part of North Carolina.

Forest Service officials in North Carolina are investigating whether many of the wildfires burning in the western part of the state were caused by arson.

The fires are among those in the southern Appalachian mountains, where a relentless drought has turned pine trees into matchsticks torches and forced evacuations in dozens of communities.

Arson arrests have been made in Tennessee and Kentucky.

Gov. Pat McCrory declared a state of emergency in 25 counties in western North Carolina on Thursday, freeing up additional state resources to fight the fire.

More than 5,000 firefighters and support staff from around the nation have come to the Southeast, because that’s where the wildfires are right now.

High winds and temperatures and weeks without rain have combined to spark blaze after blaze in the unusually dry landscape. Numerous teams reported wind-driven fires racing up slopes and down ravines as they struggled to protect hundreds of threatened structures.

Thursday’s national drought report shows 41.6 million people in parts of 15 Southern states living in drought conditions. The worst is in Georgia, Alabama, Mississippi and Tennessee, but extreme drought also is spreading into the western Carolinas. Kentucky, Tennessee and North Carolina all have fierce fires.