Salisbury Police: Man fired first before being shot and killed by officer 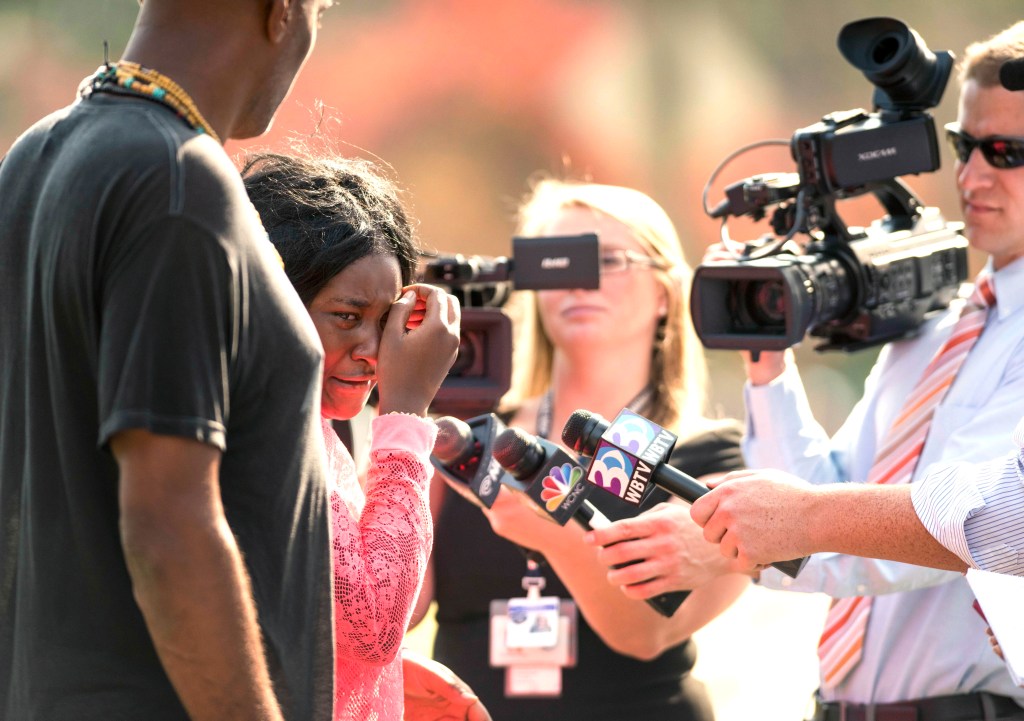 SALISBURY — A Salisbury man died Thursday morning after police say he fired at officers serving a search warrant at his East Lafayette Street home and an officer shot back.

The shooting occurred at 9:25 a.m. at 625 E. Lafayette St., at the corner of North Martin Luther King Jr. Avenue. It started when police were attempting to serve a “no-knock” search warrant, according to Police Chief Jerry Stokes.

The officer who fired back at Laurent was Karl Boehm, a member of the Special Response Team. Boehm has been with the police department since 2008.

Word spread quickly across the region, state and beyond that a Salisbury officer had shot a black man, Laurent. Officer-involved shootings of African Americans have sparked protests across the country over the past two years.

A crowd that gathered at the scene was at times tense. A few area pastors and members of the Salvation Army formed a tight circle and held hands as they prayed for the family, police and the community while at the scene.

At a press conference, Stokes said one shot was fired at two officers who entered a room inside the mobile home. He said that, according to early information, the officer returned fire twice.

Salisbury Fire Department medics, who are members of the Special Response Team, provided medical attention to Laurent. He was taken by EMS to Novant Health Rowan Medical Center, where he was pronounced dead.

Stokes said Boehm had been involved in a shooting in 2010 and, following an investigation, the shooting was deemed to be justified. The officer has one disciplinary action on his record, which was a suspension related to a driving infraction.

Police investigators, Rowan County Sheriff’s detectives and the SBI were at the mobile home all day, collecting evidence and talking with neighbors and family members following the shooting. The SBI is leading the investigation.

Stokes said a no-knock search warrant does not require officers to immediately announce they are there to serve a warrant.

“The reason for not knocking is the safety of the officers and the occupants,” he said.

He said police had information there were people in the home who were armed with weapons. Police served the warrant following a three-month investigation.

“There was some suspicion that they were involved in some violent crimes, therefore we asked a judge to issue the ‘no-knock’ warrant,” Stokes said.

“First of all, let me say. My thoughts and prayers and the entire department and the city’s thoughts and prayers are with this family. It’s a very tragic situation for the family and the officer. He certainly didn’t go there today for this, hoping or anticipating this would happen, and it is truly a tragic situation,” Stokes said at the beginning of the press conference.

Salisbury Mayor Karen Alexander and City Manger Lane Bailey were on hand at the press conference but did not speak.

Stokes said two others who were at the home were taken into custody and, as of early Thursday afternoon, remained in police custody. The two people have not been charged, but the investigation continues. Stokes did not identify those two people.

Stokes also did not provide specific details regarding the reason police were there to search the home other than to say it was related to weapons, drugs or stolen property believed to be at the home.

He said members of the Special Response Team do not wear body cameras, only patrol officers. The use of body cameras would be something that they will review.

It’s not clear if police had prior dealings at that home or with Laurent.

Neighbors said someone broke into the home about two weeks ago. Stokes said if there was a robbery at the home, the SBI would look into it.

Stokes promised the police would be as transparent as possible.

“We will release information as it becomes available,” he said.

He asked that people wait before rushing to judgment and let the investigation run its course.

When asked if this shooting could lead to civil unrest, Stokes said police are being vigilant and listening to what people have to say. Officers are on standby in the event something does occur.

“People can protest if they feel the need to; that is absolutely their First Amendment right. But certainly if they damage property or act violently that certainly would be a concern,” Stokes said.

A family friend of Laurent’s, Mya Miller, said the family is from the Virgin Islands. Miller said her friend had only lived in the area for about two years. Miller, who also lives in the neighborhood, said she heard about the incident from a cousin.

She ran to the scene from her home down the street. Miller could be heard sobbing as she walked upon the scene, and at one point she collapsed to the ground. She said she didn’t understand what had happened or why.

A Rowan County Sheriff’s deputy said he couldn’t provide her with any specific details, but did show concern for her with a brief hug.

Laurent was known by the nickname “Bigz,” and prior to moving to Salisbury, he lived in Florida.

Miller said she didn’t know whether he owned a gun.

Other family members and friends arrived to the scene, some heated and angry, wondering aloud what happened.

Neighbors Shaquanda Nicholson, Serenity McLaurin and Angel Williams were huddled together across the street from where officers were posted and opposite a small crowd of family and friends and onlookers who’d gathered.

“I really can’t believe it. I can’t wrap my head around it,” McLaurin said.
She said she was shocked that something like this would occur so close to home.

“Usually when you see things like this on TV, you feel a slight disconnect because you don’t know the person. You feel for them. You empathize, but it’s different when you know someone,” McLaurin said.

Another person on the scene, Kerry McKinnon, disagreed with some of the details police related about the shooting, including how many shots were fired.

McKinnon said her 18-year-old daughter was at home and she told her to get on the ground.

She estimates she heard about five or six loud bangs.

McKinnon said she didn’t really know Laurent. She described him as polite and said as neighbors they all spoke in passing.

When asked if she believed there was illegal drug activity taking place, she said there was a lot of traffic at the home.

She hasn’t lived at the mobile home for very long and is a native of New Jersey.

McKinnon said she was scared when she heard the gunshots. She also disagreed with how authorities described the rendering of aid to Laurent following the shooting.

McKinnon said about 45 minutes passed after the shooting before Laurent was loaded into a waiting ambulance. She did not see inside the home and could not confirm whether police performed CPR inside before bringing the man outside on a stretcher.

According to emergency dispatch communications, there was a cancellation of a helicopter around 9:30 a.m. and officials noted they were performing CPR on a patient.