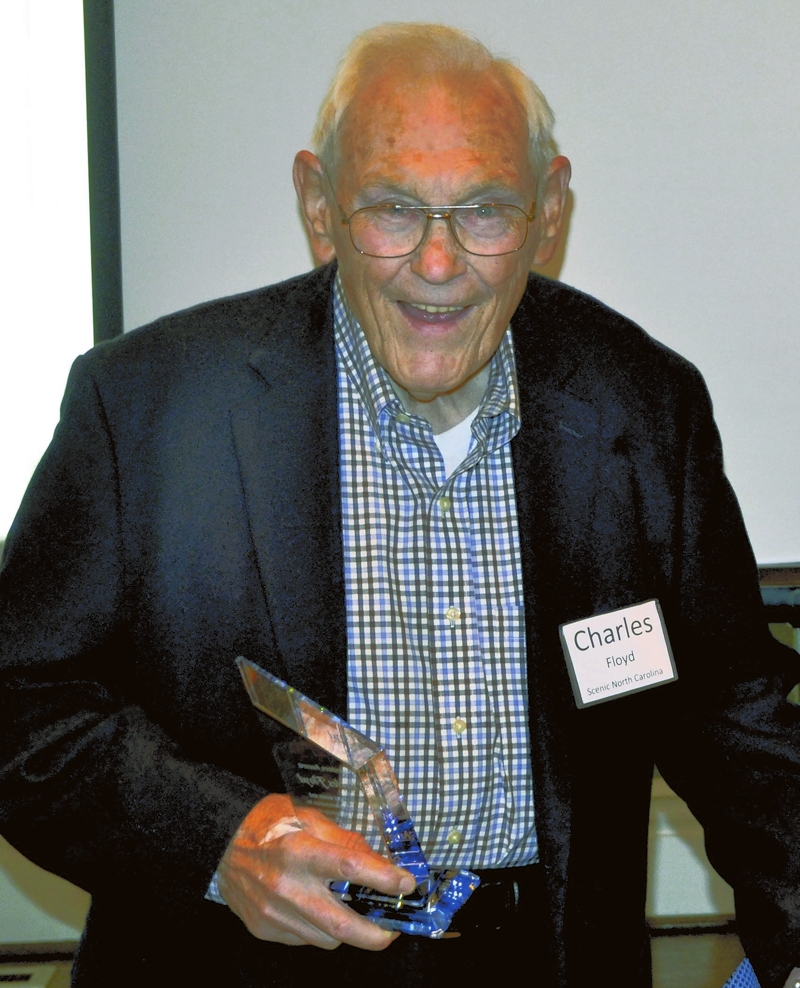 Submitted photo Charles Floyd of Cleveland, N.C., recently received the Scenic America Founders Award. The retired University of Georgia professor was one of the founders of the organization dedicated to protecting the visual environment.

The award was presented at a ceremony during the organization’s annual meeting of its board of directors and affiliates at the Rowan Museum in Salisbury.

Floyd was among a small group of people from around the country who had been meeting regularly to evaluate the effectiveness of the federal Highway Beautification Act. After such a meeting in 1981, a few of them got together and decided to form a national nonprofit organization to advocate for more beautiful roadsides.

“Of course, we had no money,” Floyd said in a press release from Scenic America. “We had no one who could run the organization, we had nothing. But we knew we had to do something. A group of us got together and formed the Coalition to Protect Scenic Beauty, later renaming it Scenic America.”

“We are very grateful to Charles for his visionary efforts in establishing Scenic America and his decades of advocacy for a more beautiful country,” said Mary Tracy, president of Scenic America.

Floyd, a longtime professor of real estate at the University of Georgia, wrote several seminal papers and books on the visual environment, including “Highway Beautification: The Environmental Movement’s Greatest Failure.” The 1979 book exposed the ways in which the Highway Beautification Act failed to live up to its promise and, in fact, became a law that protects the interests of roadside polluters, according to Scenic America.

Charles and wife Rebecca were also lauded for their work to preserve the historic Richard Wainwright Barber Farm near Cleveland.

“In a hundred years we will still have a few old farms and old farm houses in Rowan County,” said Jason Walser, former director of the LandTrust for Central North Carolina. “But the Barber Farm will likely be the only fully preserved farm unit that will exist like it did in the 1930s, and that’s a tribute to the efforts of Charles and Becky.”

A short film on historic preservation in Rowan County with a focus on the Barber Farm can be viewed online at https://www.youtube.com/watch?v=tfOXcd40YAU.

Scenic America now has 48 state and local affiliates and 40,000 members across the country.