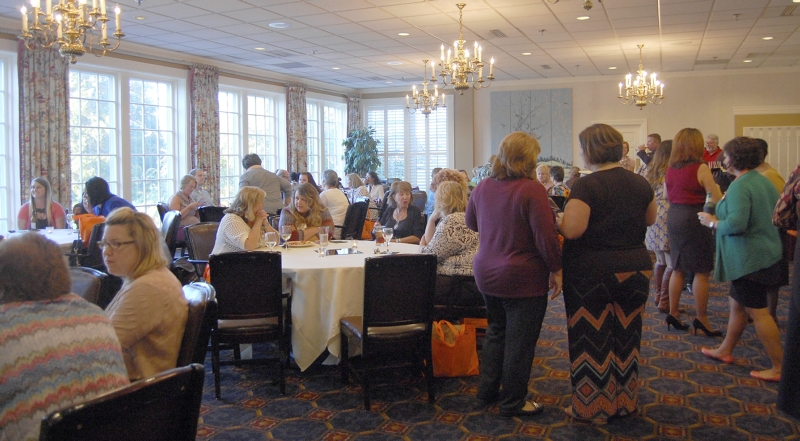 Amanda Raymond/Salisbury Post Attendees of the Healthcare Gala on Thursday snacked on h'dourves and sipped on drinks from the cash bar while the DJ played music.

SALISBURY — The health care community celebrated social workers and case managers and gave out two social worker of the year awards during the first Healthcare Gala for Rowan County at the Salisbury Country Club on Thursday.

A committee of health care professionals came together to bring an event celebrating social workers and case managers to Rowan County. There is a similar event in Cabarrus County, but organizers wanted to show appreciation within the community.

“I don’t think people really realize what big hats they wear,” Teresa Dakins from Trinity at Home said. She was part of the event committee with individuals from Gentiva Home Health, Laurels of Salisbury and Carillon Assisted Living of Salisbury.

Dakins said social workers and case managers work hard, so they wanted to offer them a fun night.

“We just want them to have a night out and enjoy themselves,” she said.

Health care organizations set up tables with brochures, information and goodies around the clubhouse for attendees to browse while snacking on hors d’oeuvres and sipping on drinks from the cash bar.

Unlike other health care galas, Dakins said she wanted this one to be more of a party. Instead of a sit-down dinner, hors d’oeuvres were served and attendees were invited to dance along to music from a DJ. There were also door prizes for attendees to win.

About 120 people were signed up to attend. Dakins said the committee worked hard to reach out to all of the social workers and case managers in the area.

“It’s exciting watching all the people come in to celebrate (the social workers and case managers),” Jennifer Smith from Carillon Assisted Living said.

Yesenia Mueller, community liaison for Monarch, said she talked with many people who were interested in the services Monarch offered. She said her organization often works with social workers.

“I think it’s great to have an event that recognizes their hard work in the community,” she said.

Donna Knight and Jessica Lopez were at the gala representing Advanced Home Care.

Knight said Rowan County’s event was smaller and more personal than the one in Cabarrus County.

Lopez said there was more time to just talk with people.

“When it’s more intimate, it’s easier to say ‘thank you for what you do, what can we do to support you?’ ” she said.

Tinita Wallace, a social work case manager for Novant Health Rowan Medical Center’s CAP care program, said it was nice to network with different organizations and talk to the people she worked with all the time.

“We get an opportunity to celebrate the work that we do,” she said.

Two social worker of the year awards were given out by the end of the gala. Susan Dry, a social worker from Trinity Oaks Health and Rehabilitation, won the Skilled Nursing Home Social Worker of the Year award.

“This profession is just who I am,” she said after winning the award. She said she was in shock.

“We work with these people all the time and just for them to show their appreciation for us is special,” she said.

Becky Warlick, director of social services at Laurels of Salisbury, won the Novant Social Worker of the Year award.

“It’s just really special to know how I’m perceived by my peers in my community,” she said.

She said she was impressed with the event and hopes another one is organized for next year.

“It’s something I’ll look forward to next year,” she said. 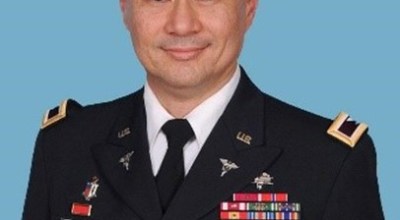