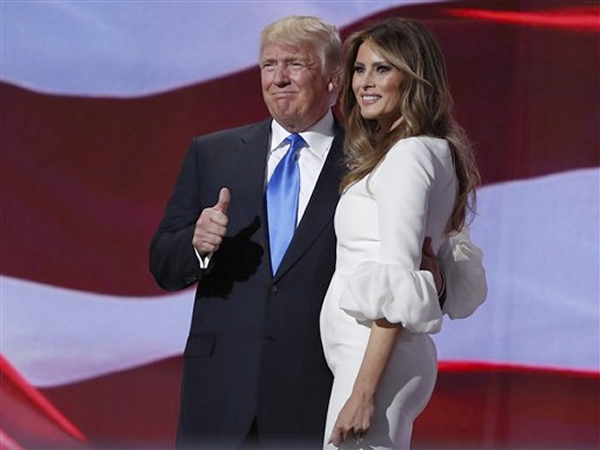 Republican presidential candidate Donald Trump stands with his wife Melania on stage after introducing her during the Republican National Convention. Associated Press

Michael Bitzer: If Trump campaign were a business, it would be in trouble

With Donald Trump’s newest attempt to reboot his presidential campaign, speculation abounds as to whether this latest campaign shake-up, along with the candidate’s mea culpa in Charlotte, will have any profound impact on his poll numbers in the race towards November.

Most modern campaigns are structured around core components: a candidate who has a compelling message; a campaign infrastructure that is focused, flexible, and deep; and an environment that is understood and worked within, not around.

For Trump, the candidate certainly has developed a compelling message, one that appeals strongly to a core base. However, that same message has been prone to significant challenges in making an appeal beyond that dedicated constituency, especially due to the off-the-cuff and “tell it like it is, whether it is reality or not” speeches and comments by the candidate himself.

For the campaign infrastructure, the latest revamping of bringing in a CEO and separate campaign manager shows an organization not yet ready for the prime time.

Smart campaign planning develops and hones a consistent message, while advancing a core strategy that is readily apparent and fits into the context of the political environment of the day.

With the third iteration of campaign leadership within just the past six months, Trump’s campaign, while arguing it is nimble and flexible, has shown itself as unstable and inconsistent.

Trump has made it a hallmark of running an unconventional campaign, by relying on a late 19th century campaign approach of generating attention, all focused on himself; however, the need to have a sophisticated structure beyond Trump is what is lacking and astonishing at this point.

The constant turnover, in both personnel and direction, should give significant pause to most supporters and Republicans as we head into the final lap of the campaign.

Many times Trump will bolster his “business acumen” and the qualities of his “art of dealing” that have garnered him the attention that he enjoys. But think of any modern business operating as his campaign has: a turnover in corporate leadership, a slew of mixed (and oftentimes offensive) advertising and messaging about the brand, and an unwillingness to make the investments in selling the product in a competitive environment.

How would Wall Street react to such a business operation? While there may be dedicated consumers of the product that Trump is marketing, the broader markets of the electorate is showing their reaction — and the product isn’t likely to create the demand of 270 electoral votes, unless a major retooling happens.

My Turn, Elaine Hewitt: Salisbury Post got it wrong on voting law