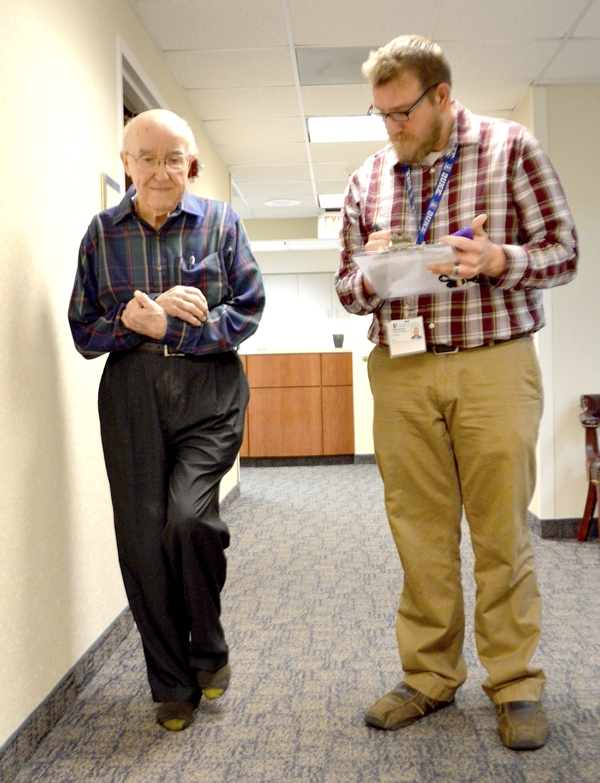 KANNAPOLIS – Physical declines begin sooner in life than typically detected, often when people are still in their 50s, according to a Duke Health study that focused on a large group of U.S. adults across a variety of age groups.

The finding suggests that efforts to maintain basic strength and endurance should begin before age 50, when it’s still possible to preserve the skills that keep people mobile and independent later in life.

“Typically, functional tests are conducted on people in their 70s and 80s, and by then you’ve missed 40 years of opportunities to remedy problems,” said Miriam C. Morey, Ph.D., senior fellow in the Center for the Study of Aging and Human Development at Duke University School of Medicine. Morey is senior author of research published in the Journals of Gerontology: Medical Sciences.

Morey and colleagues studied a group of 775 participants enrolled in the Measurement to Understand the Reclassification of Disease Of Cabarrus/Kannapolis (MURDOCK) Study. The MURDOCK Study is Duke Health’s longitudinal clinical research study based at the North Carolina Research Campus in Kannapolis. The MURDOCK community registry and bio-repository includes more than 12,000 participants and nearly 460,000 biological specimens.

For the MURDOCK Physical Performance Lifespan Study, the Duke-led team enrolled participants ranging in age from their 30s through their 100s, with broad representation across sexes and races.

All participants performed the same simple tasks to demonstrate strength, endurance or balance: rising from a chair repeatedly for 30 seconds; standing on one leg for a minute; and walking for six minutes. Additionally, their walking speed was measured over a distance of about 10 yards.

Men generally performed better than women on the tasks, and younger people outperformed older participants. But the age at which declines in physical ability began to appear – in the decade of the 50s – were consistent regardless of gender or other demographic features.

Specifically, both men and women in that mid-life decade began to slip in their ability to stand on one leg and rise from a chair. The decline continued through the next decades. Further differences in aerobic endurance and gait speed were observed beginning with participants in their 60s and 70s.

The study provides physical ability benchmarks that could be easily performed and measured in clinical exams, providing a way to detect problems earlier.

“Our research reinforces a life-span approach to maintaining physical ability – don’t wait until you are 80 years old and cannot get out of a chair,” said lead author Katherine S. Hall, Ph.D., assistant professor of medicine at Duke. “People often misinterpret ‘aging’ to mean ‘aged’, and that issues of functional independence aren’t important until later in life. This bias can exist among researchers and healthcare providers, too. The good news is, with proper attention and effort, the ability to function independently can often be preserved with regular exercise.”

Hall and Morey said the next phase of research will be to study blood samples of the participants to determine whether there are biological markers that correlate with declines in physical ability. They are also revisiting the study participants for two-year checkups.

The study received funding from a philanthropic gift to Duke University from the David H. Murdock Institute for Business and Culture. Additional funding was provided in part by the Claude D. Pepper Older Americans Independence Center program of the National Institute on Aging (P30AG028716) and the National Center for Research Resources, a component of the NIH (UL1TR001117).