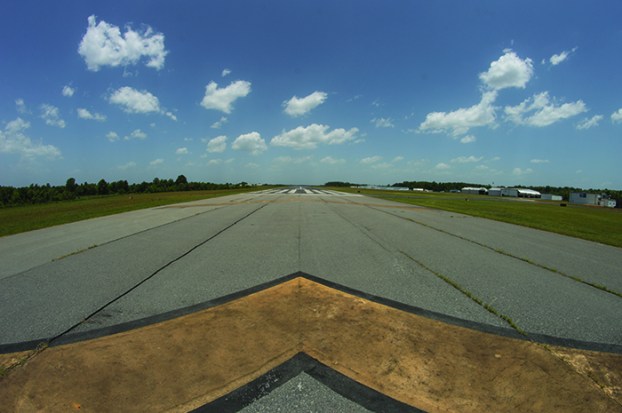 SALISBURY — One of Rowan County’s most expensive economic development projects just got a little bit cheaper.

For years, county commissioners have worked to extend the runway at the Rowan County Airport. Various studies and planning work were nearly complete in November 2013. Then, the Federal Aviation Administration shifted the airport to another division. The Rowan County Airport had to start its work again.

In the ensuing years, engineers hired by Rowan County have been working on a document called the Airport Layout Plan — a master plan of sorts. That work will cost relatively little now for Rowan County. The actual construction work associated with a runway extension remains pricey — estimated to cost more than $20 million.

Airport Director Thad Howell said Rowan County would have initially needed to shell out roughly $200,000 for engineering work. Now, the NC Department of Transportation has awarded Rowan County a grant that equals $193,830. As a result, county government will only be responsible for 10 percent of the total cost, according to a grant agreement.

In total, the grant agreement estimates extra work that resulted from Rowan County’s reclassification will cost $215,367. The work being paid for includes researching the types and number of aircraft coming into the airport and a survey of potential obstructions for aircraft.

“If the state hadn’t stepped up, the county would have had to pay for those studies if they wanted the project to continue,” Howell said.

Department of Transportation Board Member Jake Alexander, who represents Rowan, said most airports receive some form of funding if they ask. Alexander said the grant comes from a pot for non-highway projects.

“The best, closest example to us is what has happened in Concord,” he said. “About 30 years ago, it was like Rowan. Now, a commercial flight could leave that airport. It’s not unlikely that years from now, or decades from now, Rowan will be able to do that as well.”

Howell also pointed out other potential benefits of an extension.

“It will bring the runway safety area, which is the runway overrun, into compliance to meet federal safety standards, it will achieve the North Carolina Division of Aviation’s system plan goal of 6,000 feet for the airport and will meet the performance requirements of aircraft which historically have traveled here,” Howell said.

Rowan County’s planned extension would take the runway from 5,500 feet to 6,000 feet. County Commissioners and other officials say it’s likely that federal funding will be needed to make the runway extension happen.

By Shavonne Walker shavonne.walker@salisburypost.com CHINA GROVE — A tractor-trailer driver was not injured after he swerved to miss a passenger... read more