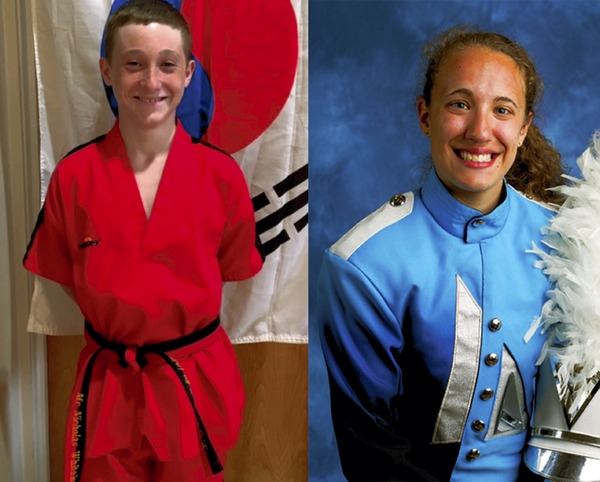 Whitaker is a student with Metro Davie School of Tae Kwon Do under the instruction of Grand Master Gary Keeble. Nick will be a 7th grade student at South Davie Middle School in Mocksville. He is the son of Leah Babb Whitaker of Mocksville and the late Tim Whitaker. His grandparents are Lynda Kirkpatrick of Mocksville, Gerald Babb of Vernon, Ala. and Nancy and Rod Whitaker of Salisbury.

150 members, ages 15-22, are chosen each year based on musical talent, athletic skills, and passion for performing. Above all, they must exhibit the attitude needed to complete a challenging, and high quality artistic program.

Spirit of Atlanta is a member of Drum Corps International, which is a governing body facilitating summer educational events, performances, and competitions. Spirit of Atlanta will represent at more than 20 competitions and exhibitions across the country for an audience of over 300,000 fans. The corps members will be traveling thousands of miles across the USA, working hard to inspire thousands of people through the mediums of music, showmanship and dance. Event and ticket information can be found at www.spiritdrumcorps.org

ROCKWELL — The annual Euart reunion was held on June 12 at Rockwell United Methodist Church. The covered dish meal began at 1 p.m. with announcements by vice president Cathy Webb Powell, followed by prayer. There were 41 family and friends present. Pauline Webb was the oldest in attendance and Olivia Jeneane Euart, daughter of Jason and Candice Euart, was the youngest.

Traveling the farthest distance were Randy and Debbie Lomax of South Carolina. Married the longest at 35 years was Chris and Robbin Euart.

Flowers were presented by family members in memory of those who have passed: Carolyn Euart Morgan and Carl Euart. Entertainment for the children was provided by Cathy Webb Powell.

The next reunion will be held on June 11, 2017, at the church unless otherwise notified.

Rev. Don Davis was awarded the 2016 Goldmine’s Annual Communication and Leadership Award. Goldmine Toastmaster has given this award since 1977 to individuals who have demonstrated outstanding communications and leadership abilities.

Rev. Davis, age 79, attributes his communication skills to Toastmasters. He is a philanthropist, public speaker, writer for the Independent Tribune, and author of five adult books, a children’s book, and a children’s coloring book.

Goldmine Toastmasters Club is one of the oldest clubs in North Carolina. Meetings are Saturdays from 8:30-10 a.m. at Connect Christian Church, 311 Davidson Highway.