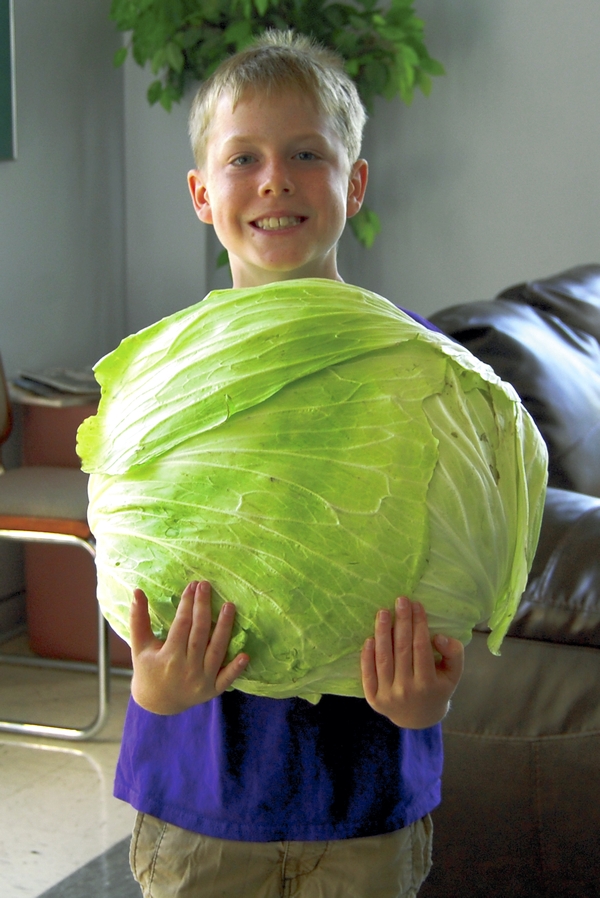 Addison Day struggles to hold the giant cabbage he and his grandfather grew out on Gheen Road. Addison got a plant at Overton School, and was to grow it as part of a contest. Grandfather Wayne Christie says they haven’t done anything special to it, beyond a little Miracle Gro and keeping it watered. It weighs in at 15 pounds, 91/2 ounces and is 16 inches across.