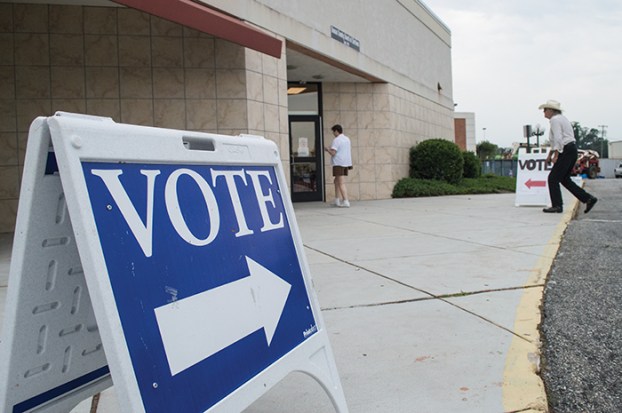 SALISBURY — Early voting for a special, June primary is under way today until 6 p.m.

There’s one polling location — the Rowan County Board of Elections’ new location at West End Plaza. It’s adjacent to Badcock Furniture. Signs are located outside of the building directing voters to the correct location. West End Plaza is located at the corner of Jake Alexander Boulevard and Statesville Boulevard. It was formerly called Salisbury Mall.

There is no early voting at the Rowan Public Library Headquarters, the usual spot.

As of 9:30 a.m., a total of 25 people had cast ballots. Poll workers remarked that it’s more than they expected in what’s expected to be a low-turnout election.

Voters who live south of Mooresville Road or N.C. 150, south of Salisbury, in Spencer and south of Spencer will generally vote in the 8th Congressional District, where incumbent and Concord resident Richard Hudson faces challenger and Raeford resident Tim D’Annunzio. A few hundred voters in Spencer are in the 13th District.

Voters who are located north of Mooresville Road, in the city of Salisbury, north of the Salisbury and north of Spencer will generally vote in the 13th Congressional District, which includes a large swath of candidates. A total of 17 Republicans and five Democrats are running in the race.

Early voting will continue until June 3.