Gotta Run: A bike ride for all and the Queen of Rowan County racing 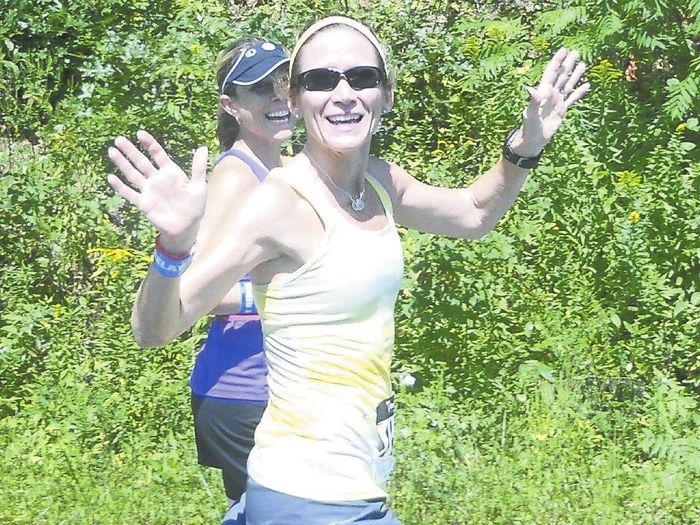 On Saturday, the third annual Great Berry Ride, benefiting the United Way and Rowan Hospice, takes off from Patterson Farms. This year, organizers have plans to satisfy those who want to race and those who just want to go for a ride, or maybe those who want to do some of both. Three distances for the riders include 20-, 45- and 65-mile treks through the countryside. For those with a need for speed, signing up for the 45- and 65-mile rides allows them to race to the 24-mile point for significant cash prizes. Once back at the farm, there will be a great meal for all along with cool dri-fit shirts and door prizes.

May 28 brings the 15th Annual Bare Bones 5K at Knox Middle School. This is a fast course with one hill and a fantastic finish on the track. There is a ½-mile fun run for kids 12 and under. Bare Bones benefits Relay for Life.

Both of these two events and more are listed at www.salisburyrowanrunners.org where plenty of information is available.

I don’t take lightly referring to one of our female runners as “Queen of Rowan County Racing.” Kelly Lowman has earned that right because she has been a lifelong runner but is now at the top of her game at age 41. Just as Dr. Lynn Pitson before her, Kelly is the immediate favorite as soon as she signs up for a local 5K. Even in a larger regional race such as the Winter Flight 8K, she may not win but will definitely represent Rowan County well.

Running and racing began very early for Kelly. She said, “I don’t remember not running. In fact, my parents would time me as I ran laps around the house. My goal was to better my time with each lap. My parents heard about the Faith Flyers and Coach Ed Dupree. They signed me up when I was in the second grade.”

Referring to Dupree as “Coach,” Kelly has great memories of that time on the Flyers. She remembered, “Coach would pick us up with his station wagon at elementary school three days a week, and we would go to practice at East Rowan high school. We went everywhere in that station wagon. Coach took us as far as Baltimore, Maryland and St. Louis, Missouri for track and cross country competitions.”

That early training paid off when Kelly got to junior high school. She said, “As a kid, I guess I was a good runner, but I did it because I enjoyed it. I ran long distances and usually won or placed in everything from the 800 to 2-mile events. Other highlights included running a sub-six-minute mile and winning the county cross country meet as a high school freshman.” Also in high school, Kelly’s biggest success came from the high jump, qualifying both as a junior and senior for the state meets where she finished fifth both times.

While those high school years were successful, Kelly has a different perspective now. She said, “It’s funny but I think I am a better runner now than I was then. I sometimes wish I could go back and do it again. Through college, my only running was to stay in shape, and I did nothing competitively. My first half marathon came in 2006 with a time of 1 hour and 57 minutes. I also did my first 5K, secretly my favorite distance. I love a good 5K even if they are very hard.”

A breakthrough came when Kelly joined Meredith Abramson’s Red Hot Mamas for the two-day, around-the-clock Blue Ridge Relay that would cover over 200 miles. Kelly said, “I have done the BRR four times now. It put me in touch with a great group of girls who I stay in touch and train with now. Before BRR, I always ran by myself, now I can’t imagine not having someone to run with.”

Kelly joined with Abramson in training for her first marathon at Myrtle Beach in 2011. They ran together and both qualified for Boston. In fact, I was able to run much of the last mile with them. Kelly and Meredith looked so good at the finish that a media blast for the next year’s race showed them crossing that 2011 finish line.

Other memorable races and personal records since then have included a 1:33:08 at the Mistletoe Half Marathon in 2013. Kelly also blitzed the 2013 Spooky Sprint 5K course in 19:28. Her marathon best is now 3:29.

One disruption to Kelly’s racing success came at the 2012 Boston Marathon. Finding out that she was pregnant as she and Abramson began training, Kelly planned to run the race 16 weeks pregnant. Intense heat at Boston that year cause Kelly to defer her entry to the next year. She did run in 2013, crossing the finish line just ahead of the bombing.

With a supportive family that includes husband Michael and children Colin and Carly, Kelly plans to run for as long as she can. She said, “I don’t think my husband gets this running thing, but he definitely supports it. I have always said that running is free therapy. I am a better mom, wife and person because I run. My daughter tells me that she wants to run with me, just as my mom did with me, and I can’t wait for the day when we can go out and run miles with each other.”