Caskey helps deliver baby on I-77 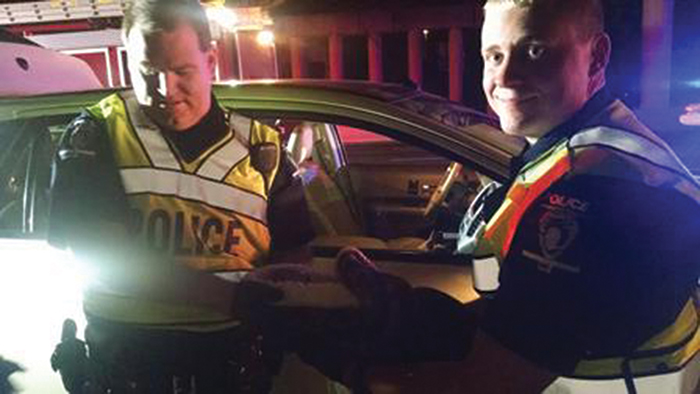 SALISBURY — Enochville resident Mike Caskey has worked as a police officer for a number of years, but Saturday’s shift brought an experience that’s relatively rare in law enforcement.

Caskey, a Charlotte-Mecklenburg police officer and Rowan County commissioner, helped deliver a baby early Saturday morning while working an accident on Interstate 77 near North Graham Street. Caskey said he was diverting traffic on I-77 because of a car accident when he and police officer Kevin Jackson were flagged down by a woman who was driving her daughter to the hospital.

The woman flagged the officers down about 4:19 a.m., according to a news release.

“She started waving us down and we didn’t really know what was going on,” Caskey said.

The woman, who was stuck in traffic, told police officers her daughter was about to have a baby, Caskey said.

He said medical personnel were called to help, but the baby was born before they arrived. It was a baby girl.

After the birth, the mother and baby were transported to Carolinas Medical Center. The mother and daughter are doing well, according to a news release.

“Police officers see a lot of bad things,” Caskey said. “When you see something good like the miracle of birth, it’s just something you don’t see every day, especially under the circumstances.”