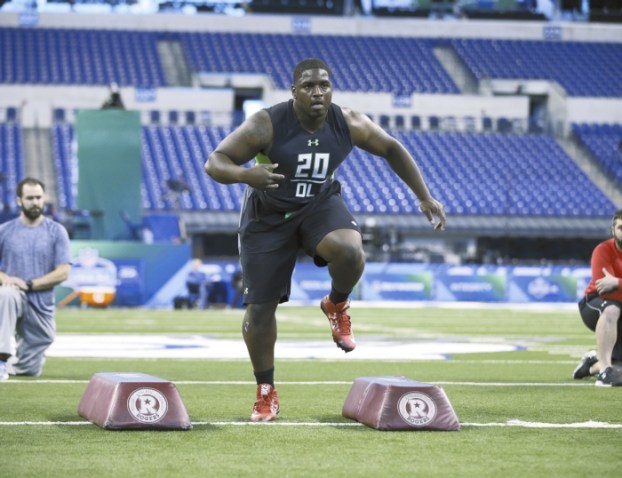 PITTSBURGH (AP) — The Pittsburgh Steelers defense didn’t need to just get better. It needed to get more versatile to keep up with a rapidly changing league.

The team spent the first two days of the NFL draft selecting players they believe can check off both boxes.

Pittsburgh grabbed defensive back Sean Davis out of Maryland in the second round of the NFL draft on Friday night, won over by Davis’ size and ability to go find the ball. The Steelers added defensive lineman Javon Hargrave out of South Carolina State a round later, convinced Hargrave’s dominant play at the FCS level wasn’t simply a byproduct of competing against less skilled players.

Already blessed with one of the league’s top offenses thanks to the trio of Ben Roethlisberger, Antonio Brown and Le’Veon Bell, Pittsburgh focused on trying to find talent that could make an immediate impact on a defense that finished 30th against the pass in 2015, one of the few weak spots on a team that went 11-7 and took eventual Super Bowl champion Denver deep into the fourth quarter in the divisional round of the AFC playoffs.

The Steelers chose Miami cornerback Artie Burns with the 25th overall pick on Thursday and went right on retooling the secondary less than 24 hours later by bringing in Davis.

The 6-foot-1, 201-pound Davis proved both durable and versatile for the Terrapins, moving between safety and cornerback while playing in 50 games across four seasons. He finished his college career with more than 300 tackles, impressing Lake with his instincts and physicality.

“I’m big as a safety, strong as a linebacker,” Davis said. “Me being out there I can cover (guys) as well as contribute to the run game. I’m very happy to be a part of it.”

Maybe not as happy as the 6-foot-2, 305-pound Hargrave, who was in tears after becoming the fourth player from South Carolina State chosen by the Steelers. He piled up 37 sacks in 47 career games for the Bulldogs. He played on the interior at South Carolina State but the Steelers hope he can move around to give defensive ends Cam Heyward and Stephon Tuitt a much-needed breather.

“This guy is a first, second and third down player,” Mitchell said. “The things we can do, where we put him, he can help us.”

Hargrave twice won the MEAC Defensive Player of the Year awards at South Carolina State, which he chose after struggling with academics in high school. Four years later he’s heading to Pittsburgh with a chance to get on the field quickly.

Davis will have a chance to compete for playing time as strong safety in Pittsburgh, which is looking for help alongside free safety Mike Mitchell. The Steelers re-signed special teams ace Mike Mitchell in March and Shamarko Thomas — once envisioned as the heir apparent to the now retired Troy Polamalu — remains in the fold but Davis is bigger and faster than both. Davis ran a 4.46 40-yard dash at the combine, bench pressed 225 pounds 21 times and has a 37-inch vertical leap.

Secondary coach Carnell Lake called Davis “an exceptional athlete.” The Steelers believe he’s a smart one too. Davis speaks three languages — English, Chinese and French — and even laughingly translated “who’s got Gronkowski” in Chinese when prodded by reporters shortly after being selected.

“We’re not worried about his ability to adapt to our playbook,” Lake said.

Davis, who is from Washington, D.C., believes shuttling between cornerback and safety gave him a deeper understanding of the game. He frequently made the defensive calls while at safety, and the Steelers are looking for someone who can come in and give the hard-hitting and instinctive Mitchell a running mate.

By Mike London mike.london@salisburypost.com LANDIS — On April 13, South Rowan fell to 6-6 in the South Piedmont Conference and... read more