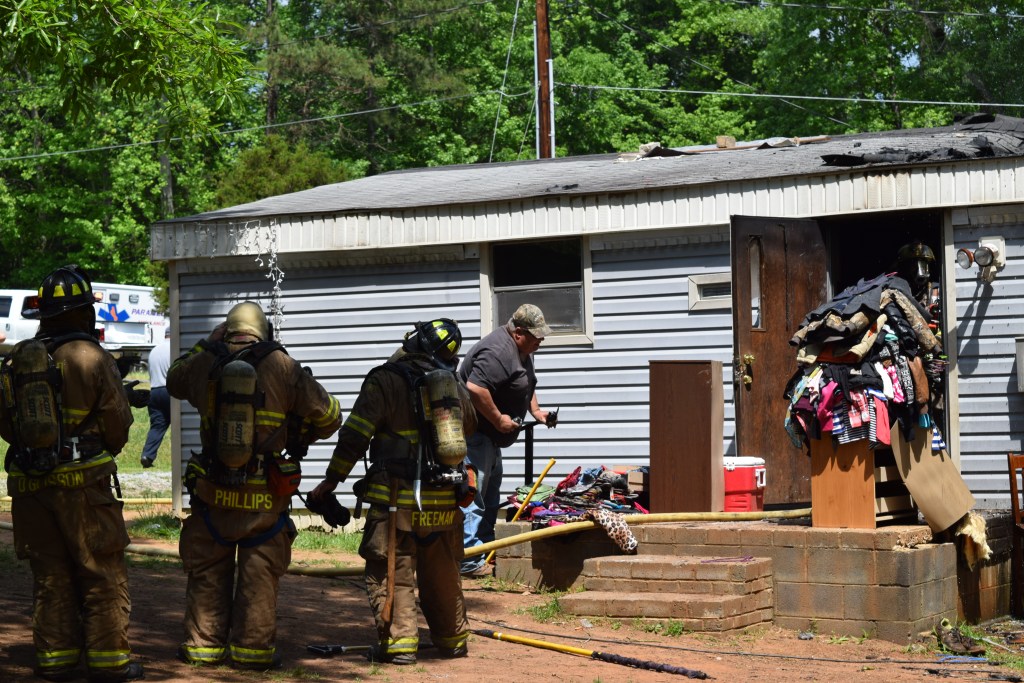 LOCKE TOWNSHIP — Nine were displaced after a mobile home caught fire Thursday morning. The Montego Lane home was occupied by a couple and seven children, and Locke Fire Chief Rusty Alexander said the fire started while the mother was cooking lunch.

“We don’t know if it was a cooking fire, an electrical fire,” he said.

“When he got there to meet her, he saw smoke,” she said.

Rusty said the fire went through the roof in the central section of the mobile home.

“It’s probably going to be a total loss,” he said.

While fire officials pulled clothes and valuables from the home and piled them on the back porch, Rowan County Toys for Tots organizer Arbe Arbelaez walked up the driveway, holding an armful of toys for the two youngest children — ages 1 and 2. Arbelaez was in the area when he heard about the fire, and came out to help. The Rowan County Toys for Tots is one of only six in the country that’s allowed to give donated toys to children who have gone through loss or trauma.

“It’s something fast and quick I’m allowed to do,” he said.

Locke Fire Department received the call at 11:18 a.m. and received mutual aid from the Cleveland, West Rowan, Salisbury City and Franklin departments, along with Rowan Rescue and Rowan EMS.

Heart of a champion: Jim Baird recovers from heart…