Rock Your Sox at Knox 5K has record turnout 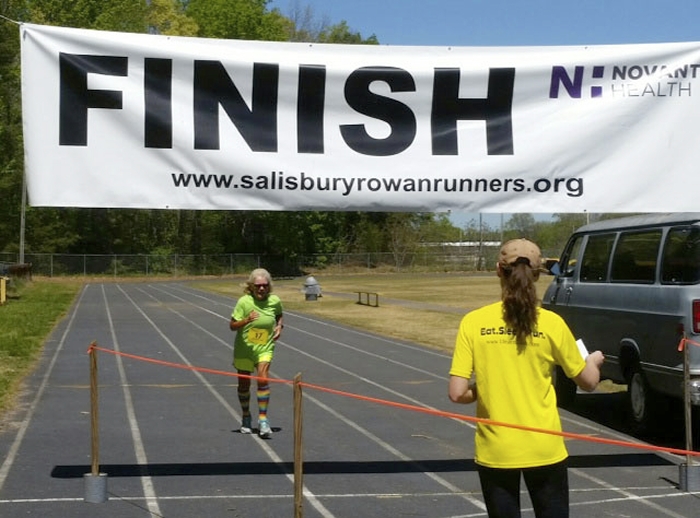 Eve Phillips completed her first 5K ever at the Rock Your Sox at Knox 5K on Sunday. Photo by Sara Phillips

A sparkling and sunny Sunday afternoon brought out the largest crowd in the history of the Rock Your Sox at Knox 5K and fun run. Organizers had to scramble to get more race bibs at the last minute, and registration kept going right up until the race start.

Josh Readling was the overall winner with a time of 18 minutes and 26 seconds. Stu Stepp grabbed second with time of 20:11 and 9-year-old Eli Julian continued his improvement to take a strong third in 20:13.

Jacob Mills took home the top spot in the fun run with a posting of 3 minutes and 27 seconds. Hope Julian took second in 3:34 and Maggie Phillips was third in 6:16.

“What an amazing turnout! It was a great day for Knox Middle School. The proceeds will be used for program needs here. Thanks to all the sponsors, volunteers, runners and walkers. It was a great day to be at Knox,” race director Laura Zimmerman Clark said.