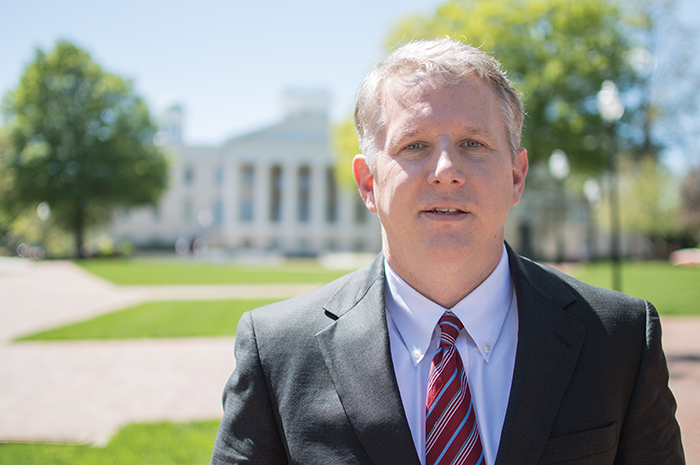 Gant, 41, is one of 17 people running for North Carolina’s 13th Congressional District seat. A Statesville resident, Gant has worked at Freightliner in Cleveland, a tire plant, in the aviation industry and recently graduated from law school. With his focus on national security, he’s now trying his hand at Congress.

“There’s people that are working every day trying to establish a foothold,” he said. “They’re trying to bring money in, the funding and the people in order to fight us, to attack us and I think ultimately to kill us.”

If terrorists are willing to behead Americans, Gant said, it’s likely they would try to obtain a bomb and use it in the United States. Gant said President Barack Obama has “all the authority he needs” to fight a war against terrorists groups such as the Islamic State. However, Gant said he would support Congress passing a declaration of war to fight radical Islamic terrorists in the Middle East. He said the declaration would need to be narrowly tailored.

Gant said he would push for more frequent bombing of territory controlled by ISIS, including oil fields. He said it may also be necessary to send American soldiers specifically focused on fighting ISIS to the Middle East.

When asked about immigration, Gant said he supports Republican presidential candidate Donald Trump’s proposal to build a wall at the U.S.-Mexico border. Various estimates for Trump’s wall proposal place the total cost in the range of several billion dollars. Gant said the wall proposal makes sense even if Mexico doesn’t pay for it, as Trump has suggested.

Gant said the wall is a better solution than improving policy “because the system we have in place obviously isn’t working.” A wall wouldn’t be 100 percent effective, he said. However, Gant said a wall would dramatically reduce the influx of illegal immigrants coming into the United States.

At the same time, he also said it should be easier for immigrants to come into America legally. Although he didn’t mention specifics, he said the current process is “much too difficult.”

Gant said he’s running for the 13th Congressional District seat as a Christian conservative. Gant said he believes in traditional marriage and is anti-abortion, except in cases of rape, incest or when the mother’s life is in danger. Gant said Christian beliefs are an asset for elected leaders.

“I think that one thing we need to try to do is look at the original intent of the Constitution,” he said. “A lot of our founding fathers were upstanding Christians, and I think we need to follow suit in that. It could help our country because of the beliefs that Christianity supports.”

On June 7, Gant will face 16 other Republicans who are running for the 13th Congressional District seat. A total of five people are running in the Democratic primary for the same spot.

In the race, there’s no runoff. Whoever receives the largest number of votes on June 7 will advance to November’s general election.

UPDATED: Governor seeks to restore right to sue over…