Michael Bitzer: HB2 is part of GOP strategy for November 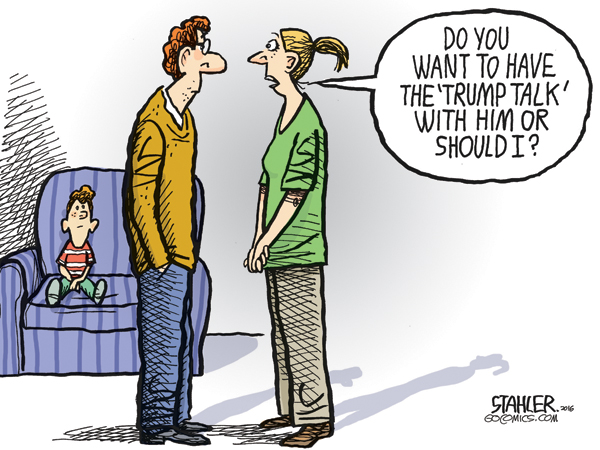 In 1992, the voters of Colorado passed a state constitution amendment in response to several local governments, including Denver, Aspen and Boulder, that had enacted local laws to ban discrimination  based on sexual orientation. In the constitutional amendment (known as Amendment 2), these local ordinances were repealed and local governments could not prohibit discrimination on the basis of “homosexual, lesbian, or bisexual orientation, conduct, practices, or relationships.”

The amendment also went further to deny a state or local government from protecting a specific class of individuals, namely gay and lesbian individuals.

In the challenge of Colorado’s Amendment 2, the U.S. Supreme Court’s majority struck down the state constitutional amendment as violating the 14th Amendment’s guarantee that “no person shall be denied the equal protection of the laws.”

In his majority opinion, Justice Anthony Kennedy (who would later write the seminal opinion in the same-sex marriage case) wrote that a “law declaring that in general it shall be more difficult for one group of citizens than for all others to seek aid from the government is itself a denial of equal protection of the laws in the most literal sense.”

Flash forward to 2016, and the recent action by the legislature and governor to strike down not just bathroom ordinances, but a variety of other local measures, through House Bill 2, known as the “Public Facilities Privacy and Security Act,” some comparability between Colorado’s approach and North Carolina’s action may give some sense of the next round of this political battle.

While the legal ramifications are still early to the challenge against House Bill 2, other aspects of the measure have already been felt, through the public pronouncements by several corporations against the measure and reconsideration of North Carolina’s image in regard to this action.

Beyond the legal and constitutional issues, there is a clear political impact that can’t be denied in a presidential election year.

In practical political terms, by adopting House Bill 2, it appears that the North Carolina Republican Party, like the national party, might be trying to discover the best approach to take if, and particularly when, Donald Trump takes the reins as the GOP presidential nominee.

It seems that the party is headed toward the strategy of “every candidate for themselves” this fall if Trump is the nominee, and recognizing that in North Carolina, base party politics can help achieve an electoral win. If so, their decision may be grounded on appeals to their respective base factions — and a core faction are social/evangelical conservatives.

With the quick response of the special session, the party, especially Republican legislative leaders, sees firming up its conservative credentials as an important function of this base party strategy.

North Carolina’s state-wide presidential electorates are trending toward battleground status, and that turnout among partisan registered voters is always higher than among unaffiliated registered voters in these types of years. And if the party is telling its candidates to go it alone and separate themselves from a Trump candidacy, the down-ballot emphasis will be key to ensuring that the party bases show up.

One thing that always helps that kind of mobilizing is to have “threats” to various factions within the party, and the legal challenge that will come from the House Bill 2 action will help on both sides of the political aisle. But it’s still a long way from November, and we don’t know what issues and tactics both sides will settle on when campaigning.

Once we get past the conventions, we’ll have a firmer idea of the campaign strategies for both Democrats and Republicans, and if the Trump candidacy is toxic to down-ballot races like the U.S. Senate, gubernatorial, and Council of State races in North Carolina, then the likelihood is the blame will go to the Trump phenomenon.

But make no mistake: House Bill 2 is designed to energize and mobilize, particularly on both sides of the issue; and with the pending legal challenges, the realization that this issue will be present during the fall campaign is a sure strategic decision for both political parties.