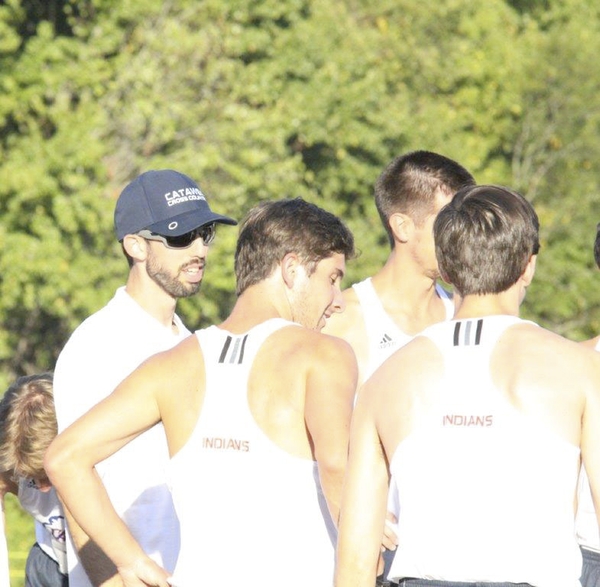 I had just mentioned last week that the flattest and fastest 5K course in the county was coming up next Saturday. Officials cancelled the East Rowan Little League 5K on Tuesday of this past week, citing the concern for runners’ safety on the course this year. So, with that one off the books, the fastest course in the county will revert back to the Main Street Challenge 5K in China Grove in June.

The next race coming up is this afternoon at the UMW 5K at City Park. The Rock Your Sox at Knox 5K follows on Sunday, April 17 at 2 p.m. This race benefits programs at Knox Middle School and uses the Greenway/Bare Bones course. Both the Down and Dirty Mud Run at the South YMCA and a nationwide ROTC event at West Rowan will be on Saturday, April 23. It’s possible to actually do both, if you can get an early corral at the mud run.

Worth mentioning is the importance of sleep for runners and how it affects performance. A few of my best races in my 30s were run after very little sleep the night before. With each passing decade, I’ve noticed that too little sleep, for whatever reason, usually is followed by a poor training or racing performance. Just as an example, the Golden State Warriors will soon start playing half of their playoff games until well after midnight. I usually begin my runs at least by 5:30 a.m. and quite often those late night games will be followed by what I call a slogging run. I find it almost impossible to push the pace.

Good sleep is a necessity for runners, just as important as what we eat or drink. Sleep plays a critical role in restoring the body after exercise. Usually those training for a marathon will need more good sleep than the 10 mile a week runner. Lack of sleep can compromise the immune system, both during training and after a big event. Most marathoners will tell you that the immune system is especially susceptible to colds for at least a month afterwards.

Sleep needs are individual, with some runners needing eight or nine hours, while others need only six to stay at peak performance. If training isn’t going well and you can’t target the cause, experiment with adding 15 minutes of sleep for the next several nights. If you still don’t wake refreshed, bump it up another 15 and keep experimenting.

Jason began running as a junior in high school to stay in shape for football at Mauldin High School near Greenville, S.C. He said, “I wasn’t very good and was not really dedicated.” Next came Anderson College, where Jason began at the back of the pack on his cross country team. He said, “I decided that I wanted to focus more and eventually moved up to all-conference and the team captain. It was fun to see the hard work paying off.” A conference championship and a sub-16 minute 5K highlighted the college experience.

With a desire to coach cross country in college, Jason began volunteering at Erkskine College. Next came an assistant coach’s job at Anderson and eventually another assistant’s job at the College of Charleston. Along with all of this coaching, Jason enjoyed working at the local Fleet Feet stores. A typical week included about 35 hours in the store and 20 more coaching.

Marriage followed, with Jason and Melissa soon discussing his future. Jason said, “It was time to think more of a career. I had to decide between the store and coaching. Melissa helped me understand that I didn’t want to give up the coaching.”

Larry Leckonby, himself a recent addition as Catawba athletic director in 2014, hired Jason as the first full-time cross country coach for the Indians. Jason said, “I wanted to move forward, and work to bring in quality kids who were also fast runners, yet still focused on doing well in school. We have mixed fun with improvement. I am impatient and want fast results, but they will come. The administration, the other coaches and the community have all been so supportive.”

Setting goals are important to Jason. For Jason’s cross country team next year, those goals include getting better as a team and as individuals. Jason said, “Last year, we were freshmen heavy on the team. With experience and some new faces, we want even better results in the SAC conference and the region.”

Personal running goals include competing in a marathon during the next year. Jason said, “I want to get there healthy and build on my half-marathon experiences.” He has a half-marathon best of 1:13:57 in 2012 at Charleston and a sparkling 15:40 5K best on the track at Duke.

Jason and Melissa are looking forward to their first child and they already expect a daughter, Hadley, about May 13. Jason said, “We love Salisbury after coming here from Charleston. The quality of life, our church and the people have been fantastic. I want to be a good coach, but more importantly, I want to be the best husband and father and make time for everything in the proper order.”

I believe cross country at Catawba has a bright future. Don’t be surprised to see Jason and his team on the streets around town. Back next week with the story of the Antarctica Marathon. See you then!

Susan Shinn: Ansel Adams exhibit has a favorite for…