They came to run for the fire truck 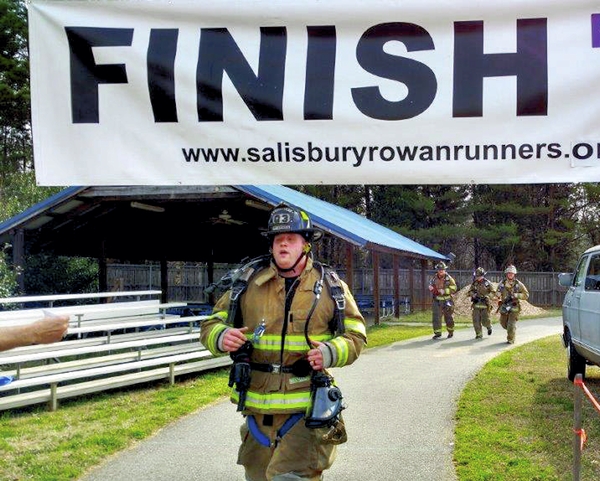 Most of the runners wanted to operate as well as the 1941 American LaFrance ladder truck did when it was driven onto the track at the JF Hurley YMCA early Saturday. The truck already has its running works completely restored and all the proceeds from the St. Patrick’s Day 5K will be used to make a downpayment on the intricate and expensive exterior painting.

Joshua Readling was the overall winner with a time of 19 minutes and 11 seconds. He was followed by Tommy Wilson in 19:43 and Andy Gordon in 19:55. Shemoa Wilson paced the females with her time of 22 minutes and 32 seconds. Second place went to Khadija Smithers in 22:45 and third belonged to Jamie Hess in 23:06.

Race director Terry Smith said, “This was probably the best weather that we have had and probably played a big part in a significant increase in participants over last year. Our volunteers and sponsors are greatly appreciated and the Salisbury Police Department always does a great job in assisting us with the race. All proceeds benefit the restoration of the 1941 American LaFrance ladder truck.”

The truck will eventually be on permanent display with the fire department and also used for community events. If interested in donating to the paint job, please contact Smith at 704-239-0205.

Complete results are available at www.salisburyrowanrunners.org