Another world-class runner headed for Salisbury 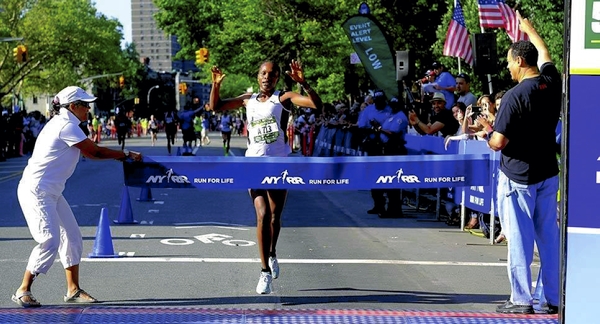 Kahura will chase the women’s course record of 26 minutes and 48 seconds, set in 1992 by North Carolina native and Olympian Joan Nesbitt. No one has seriously challenged that record since.

Born in Kikuyu, Kenya, Kahura grew up with five siblings. She said, “Life was not easy at all, but my parents worked really hard to keep food on the table and pay our school fees.” Kahura competed in track and cross country for her primary school. Primary school in Kenya includes the fifth through eighth grade.

After winning awards in high school cross country, Kahura took running seriously and was picked for the national cross country team. She said, “I had friends and especially my coach who inspired me.”

Last year’s overall winner and male course record holder, Eliud Ngetich, told Kahura about competing in Winter Flight 2015. Kahura said, “Eliud told me about Salisbury and how he would love to return again. That is when I became interested and asked him more about the event.” Ngetich is currently training in Kenya.

Kahura has goals of a sub 15-minute 5K and a sub 32-minute 10K in the near future. She is currently running with the Westchester Track Club in New York City. The Winter Flight 8K starts at 2 p.m.