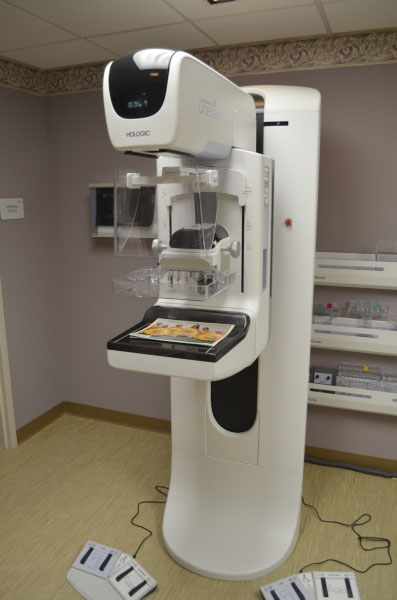 The 3D device also reduces false positives by nearly 40 percent, so patients are less likely to have to return for callback tests. Time to receive results is about the same as before —  a week to 10 days.

Dr. Stephanie Morgan, director of women’s imaging at Julian Road and a specialist with Mecklenburg Radiology Associates, says Novant’s new scanner takes about 50 images per breast, and each image represents 1 millimeter of tissue. The scanner rotates, but the patient stands in one position for the same time as before.

Rick Parker, director of Novant Health Foundation, says at $445,000, the 3D mammography machine represents a significant investment for Novant Health’s Rowan County facility. But along with highly trained technicians and radiologists, it also means there is no better detection system anywhere else.