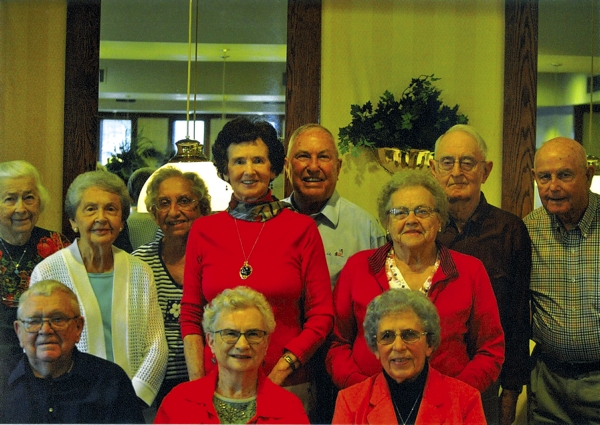 The 67th reunion of the Granite Quarry High School Class of 1948.

The Granite Quarry High School Class of 1948 held its 67th class reunion on Saturday, Nov. 1, 2015 at the K&W Cafeteria in Salisbury. Arrival time began at 10:45 a.m. giving the class members time to visit with each other.

Buddy Foster welcomed everyone and gave the blessing for lunch, which everyone enjoyed. A brief meeting was held after lunch. Rose McCombs gave a financial report and some information on the classmates unable to attend. There were 45 who graduated in 1948; only 19 are still living.

Doris Cline, Rose McCombs and Buddy Foster were asked to serve again for next year’s reunion.

Before the classmates said their goodbyes, they took time to take several pictures of the group.

Jointly hosted by The Arc of Davidson County and The Arc Rowan, this timely and informative seminar about Fetal Alcohol Spectrum Disorder will be presented on Tuesday, Jan. 19 from 10 a.m. to noon at Rowan Public Library, 201 W. Fisher St. 2.0 NCSAPPB credit hours are available. To attend, RSVP to Shela Sapp, Executive Director Arc of Rowan, 704-637-1521 or ssapp@thearcofrowan.org

The second annual Awareness Gala to fight human trafficking will be at the Rowan Museum on Saturday, Jan. 30.

Local musical talent will be Dana and Pam Bryan of Center City Chapel in Charlotte. Dana is the Pastor at CCC and a classical baritone. His wife Pam is a master pianist, who has written and performs her own arrangements. Doug Rice, veteran radio broadcaster covering NASCAR since 1980 and current president and co-anchor of the PRN broadcast for the NASCAR races, will host the evening. Anna Malika, the keynote speaker, is an internationally recognized motivational speaker as well as a survivor and policy advocate in the movement to end human trafficking.

McGill to give vocal recital

Frances McGill will present “An American Trilogy” this evening, with a program repertoire spanning the 20th century of American song.

The recital is at 7 p.m. at First United Methodist Church in Salisbury. The public is invited.