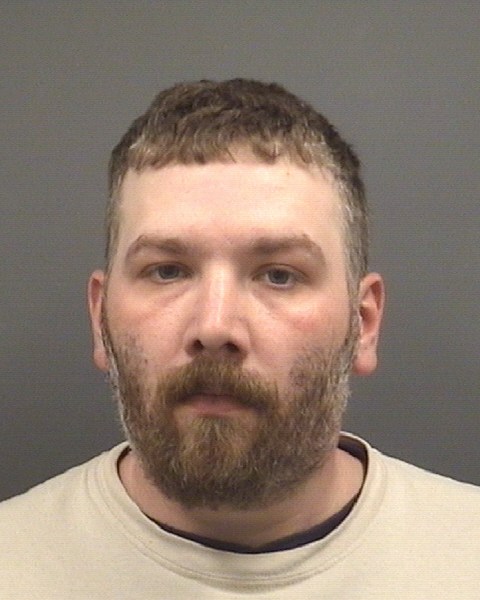 Brandon Edward Fitzgerald, 30, of Salisbury was arrested on Jan. 1 for allegedly stealing 10 guns from two homes between September 2014 and December 2015.

According to warrants, on Aug. 8, 2015, Fitzgerald allegedly broke into a home in the 4000 block of Mooresville Road. At the time, the victim reported that a Husqvarna chainsaw was stolen. According to the warrant, Fitzgerald broke into the residence again on Sept. 24, taking a Remington 870 Supermag 12-gauge shotgun. He allegedly entered the residence again on Oct. 8, 12 and 15, this time taking a Ruger 77/22 single-shot bolt-action rifle, a Ruger 10/22 .22-caliber rifle with a Tasco scope, a Marlin model 1894 .22-caliber rifle, a Colt Trooper .357 revolver and a Thompson .30-30 single-shot handgun with a Leupold scope. According to warrants, Fitzgerald struck again on Dec. 4, this time allegedly taking a Makarov 9 mm handgun.

In September 2014 Fitzgerald also broke into a home in the 5000 block of Lakeview Drive, taking a Dewalt pressure washer, warrants say. On Oct. 6, 2015, he allegedly hit the home again, taking a Savage .22-caliber rifle , 20-gauge single-shot shotgun, a Stevens Model 88 .22-caliber rifle, a Remington 870 Wingmaster 12-gauge shotgun and a banjo. According to warrants, on Dec. 22 Fitzgerald allegedly stole a Waffenfabrik K13 7.5×55 bolt-action rifle and a Springfield model 944 20-gauge shotgun from the home.

Fitzgerald allegedly tried to pawn the items at Quick Cash Pawn in the 2000 block of Statesville Boulevard and at Reliable Pawn Shop in the 100 block of Mooresville Road.

Fitzgerald is charged with felony breaking an entering, larceny after breaking and entering, obtaining property by false pretense and larceny of a firearm. He was placed in the Rowan County Detention Center under a $25,000 secured bond.