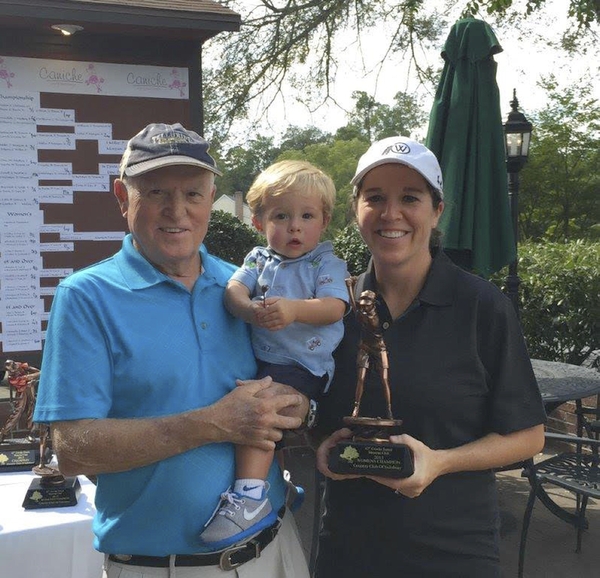 With just a few days left in 2015, many of us are compiling the final list of resolutions for 2016. Since running is my number one passion, I hope you will consider joining us for at least one of our two upcoming events. I’ve mentioned the Resolution 5K already, but one more time can’t hurt. For $5 or five canned goods, you get to run with about 250 friends at 9 a.m. on Friday, Jan. 1, from the Forum. The first 250 runners and walkers get a dri-fit training shirt and refreshments afterwards. The entry fees all go to Rowan Helping Ministries. Registration is available at the Forum before the race and at www.sportoften.com . Novant Health and the city of Salisbury will join the Forum and the Salisbury Rowan Runners to provide this festive 5K.

Novant Health and Salisbury Parks and Recreation join the Salisbury Rowan Runners to sponsor 2016’s first Beginning Runners Class. This class is at First Methodist Church in Salisbury, with signups currently being taken. The program begins with its first meeting on Monday, Jan. 9, at 5:45 p.m. and will continue for eight weeks. On the first night, we will run/walk a half mile in the flat historic district. Topics will include shoes and equipment, running form, nutrition, stretching and strengthening, injury prevention, safety and much more. More information on the Resolution 5K and the Beginning Runners Class are at www.salisburyrowanrunners.org or you can call 704-310-6741 and 704-202-6601.

Ed Dupree spent years as a sportswriter and sports editor for the Salisbury Post. He also was the backbone of the Faith Flyers, a youth running club that paid off in a big way for many of today’s best local adult runners. Ed ran indoor track for the University of North Carolina at Chapel Hill as a walk-on. He is a marathoner and an avid golfer. There is much more to be said about this great guy, but the most amazing thing to me is that Ed has run every single day of his life since 1993, attaining 96th place in the United States and fourth in North Carolina. At age 74, Ed is the third-oldest male in the nation’s top 100.

What Ed has done is unbelievable to me, possibly because I once struggled to complete four years of continuous running of my own. Even today, as I write this, I have a minor issue that will cause me to miss a couple of days on the road. So, I will get extra joy out of updating Ed’s miraculous achievement.

What comes to mind for me is my own experience of the days that were not easy to find running time and took some extraordinary effort to keep the streak going. Here are a few of Ed’s days that could easily have ended the effort prematurely. Once, when vacationing at Disney World, Ed and daughter Allison went for a run just minutes before midnight to keep the streak alive.

On a particularly icy day, Ed put on golf shoes and did his running in the front yard where he could get traction. That was nothing compared to my personal favorite. On a day when Ed had been sick and ended up spending the night in a motel room, he decided to move the furniture away from the walls and do his running around the perimeter. Over and over, he circled the room until the mileage was complete. Ed said, “I knew it was OK because I had heard of actor Bruce Dern doing the same thing.”

When I first wrote about Ed and his “streak” about six years ago, he was focused on achieving 20 years of continuous running. This past Wednesday, Ed reached 23½ years and is still at it. He said, “I think I will reach 40,000 total miles in February or March. I guess that is a little more than 1½ times around the world.”

There is another goal on Ed’s plate too. He wants to play every single golf course in North Carolina. To date, he has played 493 courses, including 37 that have closed, and still has 103 to go.

Made more remarkable is that Ed suffers from a blood disease called Myelodysplastic Syndromes. MDS occurs when something goes wrong in the bone marrow, causing the red blood count to fall dramatically. Now under treatment that has held the MDS in check, the Dupree family is very supportive. Ed’s wife, Bitsy, has plenty going on of her own and has no interest in golf or running. Daughter Allison is accomplished at both and is especially glad to spend lots of time with her dad. Son Brent lives in Charlotte and is glad that Ed can continue all of his activities.

From time to time, we have someone in the county challenge a track, cross country or marathon record. Ed Dupree is also the unofficial record keeper of such things and the first person that I check with when I need to know who owns the current record.

For now, Ed is focused on reaching his 40,000-mile plateau and hopes to run the 33rd Annual Winter Flight 8K on Sunday, Jan. 31. For my part, I’m going to keep a check on his progress and update everyone again when Ed closes in on 45,000 miles.

See you next week, hopefully at the Resolution 5K. Happy New Year!

Mike Wilson: The Hartford and the (sigh) chair